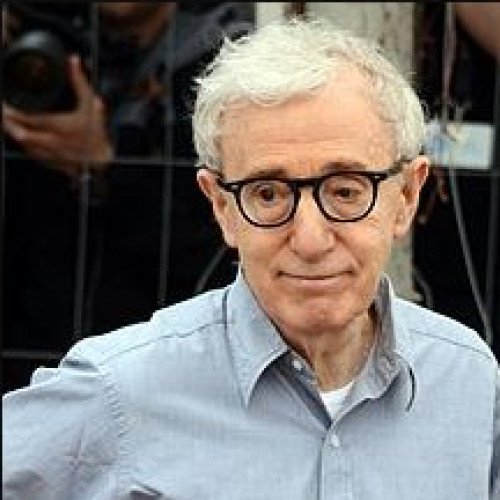 Woody Allen (born Allan Stewart Konigsberg; December 1, 1935) is an American film director, writer, actor, and comedian whose career spans more than six decades and multiple Academy Award-winning films. He began his career as a comedy writer on Sid Caesar's comedy variety program, Your Show of Shows, working alongside Mel Brooks, Carl Reiner, Larry Gelbart and Neil Simon. He also began writing material for television, published several books featuring short stories, and writing humor pieces for The New Yorker. In the early 1960s, he performed as a stand-up comedian in Greenwich Village alongside Lenny Bruce, Elaine May, Mike Nichols, and Joan Rivers. There he developed a monologue style (rather than traditional jokes), and the persona of an insecure, intellectual, fretful nebbish. He released three comedy albums during the mid to late 1960s, earning a Grammy Award nomination for his 1964 comedy album entitled simply, Woody Allen. In 2004 Comedy Central ranked Allen fourth on a list of the 100 greatest stand-up comedians, while a UK survey ranked Allen the third-greatest comedian. By the mid-1960s, Allen was writing and directing films, first specializing in slapstick comedies such as Take the Money and Run (1969), Bananas (1971), Sleeper (1973), and Love and Death (1975), before moving into dramatic material influenced by European art cinema during the late 1970s with Interiors (1978), Manhattan (1979) and Stardust Memories (1980), and alternating between comedies and dramas to the present. Allen is often identified as part of the New Hollywood wave of filmmakers of the mid-1960s to late 1970s such as Martin Scorsese, Robert Altman, and Sidney Lumet. He often stars in his films, typically in the persona he developed as a standup. His film Annie Hall (1977), a romantic comedy featuring Allen and his frequent collaborator Diane Keaton, won four Academy Awards, including Best Picture, Best Director, Best Original Screenplay, and Best Actress for Keaton. Critics have called his work from the 1980s his most developed period. His films include Zelig (1983), Broadway Danny Rose (1984), The Purple Rose of Cairo (1985), Hannah and Her Sisters (1986), Radio Days (1987), Another Woman (1988), and Crimes and Misdemeanors (1989). In the 21st century many of Allen’s films have been set and shot in Europe, including Match Point (2005), Vicky Cristina Barcelona (2008), and Midnight in Paris (2011). Allen returned to America gaining acclaim for Blue Jasmine (2013) and Cafe Society (2016). 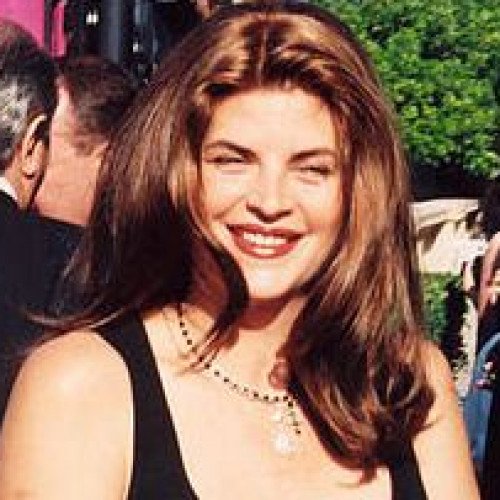 Kirstie Louise Alley (born January 12, 1951) is an American actress, producer, model, and television personality. Her breakout role was as Rebecca Howe on the NBC sitcom Cheers (1987–1993), receiving an Emmy Award and a Golden Globe in 1991 for the role. From 1997 to 2000, she starred on the sitcom Veronica's Closet, earning additional Emmy and Golden Globe nominations. Throughout the 1980s and 1990s, Alley appeared in films, including Summer School (1987), Shoot to Kill (1988), Look Who's Talking (1989) and its two sequels (1990–1993), Madhouse (1990), Sibling Rivalry (1990), Village of the Damned (1995), It Takes Two (1995), Deconstructing Harry (1997), For Richer or Poorer (1997), and Drop Dead Gorgeous (1999). She won her second Emmy Award in 1994 for the television film David's Mother. In 1997, Alley received a further Emmy nomination for her work in the crime drama series The Last Don. In 2005, she played a fictionalized version of herself on Showtime's Fat Actress. Alley later appeared on Kirstie Alley's Big Life (2010), and was a contestant on the twelfth season of Dancing with the Stars (2011–2012), finishing in second place. In 2013, she returned to acting with the title role in the sitcom Kirstie, and in 2016, she joined the cast of the Fox comedy horror series Scream Queens. In 2018, Alley finished as the runner-up on the twenty-second series of the British reality show Celebrity Big Brother.