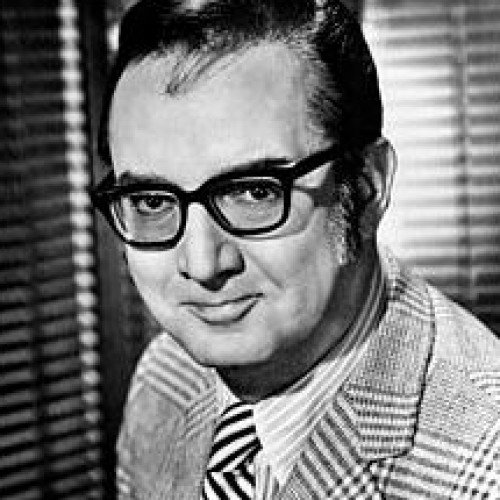 Stephen Valentine Patrick William Allen (December 26, 1921 – October 30, 2000) was an American television personality, radio personality, musician, composer, actor, comedian, and writer. In 1954, he achieved national fame as the co-creator and first host of The Tonight Show, which was the first late night television talk show. Though he got his start in radio, Allen is best known for his extensive network television career. He gained national attention as a guest host on Arthur Godfrey's Talent Scouts. After he hosted The Tonight Show, he went on to host numerous game and variety shows, including his own The Steve Allen Show, I've Got a Secret, and The New Steve Allen Show. He was a regular panel member on CBS's What's My Line?, and from 1977 until 1981 wrote, produced, and hosted the award-winning public broadcasting show Meeting of Minds, a series of historical dramas presented in a talk format. Allen was a pianist and a prolific composer. By his own estimate, he wrote more than 8,500 songs, some of which were recorded by numerous leading singers. Working as a lyricist, Allen won the 1964 Grammy Award for Best Original Jazz Composition. He also wrote more than 50 books, including novels, children's books, and books of opinions, including his final book, Vulgarians at the Gate: Trash TV and Raunch Radio (2001). In 1996 Allen was presented with the Martin Gardner Lifetime Achievement Award from the Committee for Skeptical Inquiry (CSICOP). He has two stars on the Hollywood Walk of Fame and a Hollywood theater named in his honor. 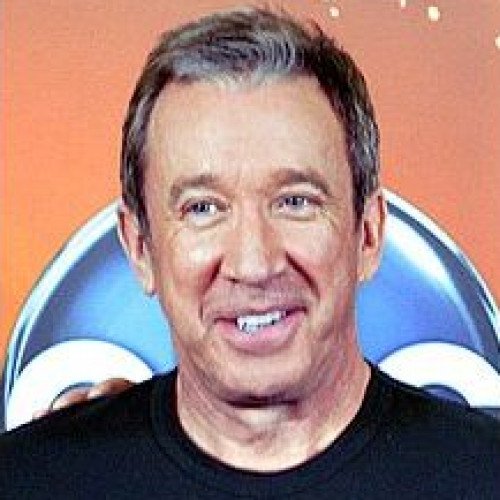 Timothy Alan Dick (born June 13, 1953), known professionally as Tim Allen, is an American actor and comedian. He is known for playing Tim "The Toolman" Taylor on the ABC sitcom Home Improvement (1991–1999) and Mike Baxter on the ABC/Fox sitcom Last Man Standing (2011–present). He voices Buzz Lightyear for the Toy Story franchise and played Scott Calvin and Santa Claus in the Santa Clause film trilogy (1994–2006). Allen's other films include For Richer or Poorer (1997), Jungle 2 Jungle (1997), Galaxy Quest (1999), Big Trouble (2002), Christmas with the Kranks (2004), The Shaggy Dog (2006), Wild Hogs (2007), Redbelt (2008), and Crazy on the Outside (2010). Allen was born in Denver, Colorado, to Martha Katherine (née Fox), a community-service worker, and Gerald M. Dick, a real estate agent. He is the third oldest of six children. Allen has two older brothers as well as two younger brothers and a younger sister. His father died in a car accident in November 1964, colliding with a drunk driver when Allen was 11. Two years later, his mother married her high school sweetheart, a business executive, and moved with her six children to Birmingham, Michigan, to be with her new husband and his three children. Allen has said the move meant going from "being in a cool group at one school to being at the bottom. Allen attended Seaholm High School in Birmingham, where he was in theater and music classes (resulting in his love of classical piano). He then attended Central Michigan University before transferring to Western Michigan University in 1974. At Western Michigan, Allen worked at the student radio station WIDR and received a Bachelor of Science degree in communications specializing in radio and television production in 1976 with a split minor in philosophy and design. In 1998, Western Michigan awarded Allen an honorary fine arts degree and the Distinguished Alumni Award.