Carlos Jaime Alazraqui (born July 20, 1962) is an American actor, stand-up comedian, impressionist, producer and screenwriter, possibly best known for his role as Deputy James Garcia on Reno 911!. His extensive voice-over work includes the role of Spyro from Spyro the Dragon, Leslie P. Lilylegs on New Looney Tunes, the Taco Bell chihuahua in the Taco Bell commercials, Denzel Crocker and Juandissimo Magnifico on The Fairly OddParents, Rocko and Spunky on Rocko's Modern Life, Lazlo & Clam in Camp Lazlo, Rikochet in ¡Mucha Lucha!, Grandpapi Rivera in El Tigre: The Adventures of Manny Rivera, and Mr. Weed in Family Guy. He is a weekly contributor on The Stephanie Miller Show. Carlos Jaime Alazraqui was born in Yonkers, New York on July 20, 1962, to Argentine parents. He moved with his family to Concord, California, at an early age. He attended college at California State University, Sacramento from 1982 to 1986, where he began competing in open mic contests. After winning in his fourth year of competing at the San Francisco International Comedy Competition, Alazraqui took his prize money and moved to Los Angeles.Alazraqui has performed several voices for Nickelodeon cartoons, including Rocko on Rocko's Modern Life, as well as Denzel Q. Crocker and Juandissimo Magnifico on The Fairly OddParents, Winslow T. Oddfellow and Lube on CatDog, and Scooter on SpongeBob SquarePants. He also voiced several additional voices for the Cartoon Network shows, Cow and Chicken, Kidscity: The Village Dome of Kids, and I Am Weasel during their runs in the mid-late 1990s. He also voiced Spyro in Spyro the Dragon. He was later replaced by Tom Kenny as Spyro in Spyro 2: Ripto's Rage!, Spyro: Year of the Dragon and Spyro: Enter the Dragonfly. In 1997, he voiced Crash Bandicoot in a promotional ad for the game Crash Bandicoot 2: Cortex Strikes Back. He also voiced the Taco Bell chihuahua in the Taco Bell commercials, Rikochet in the first two seasons of ¡Mucha Lucha! and Mr. Weed (the head of the "Happy Go Lucky" toy factory) on Family Guy. It is mentioned in the DVD commentary track that Alazraqui was reluctant to leave Family Guy. In particular, Seth MacFarlane suggests that the death of Alazraqui's character took the actor by surprise. He also voiced Dr. Julius No in GoldenEye: Rogue Agent 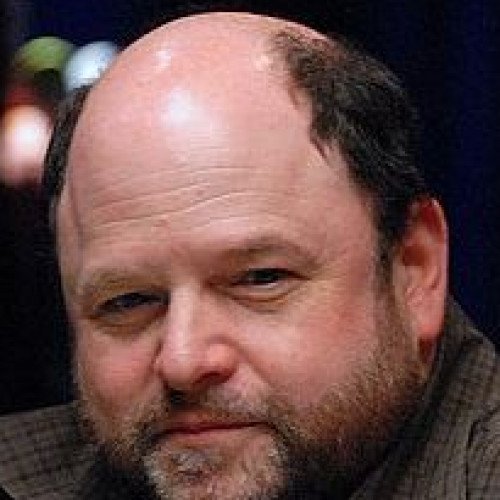 Jay Scott Greenspan (born September 23, 1959), known by his stage name Jason Alexander, is an American actor, comedian, director, and television host. Alexander is best known for his role as George Costanza in the television series Seinfeld (1989–1998), for which he was nominated for seven consecutive Primetime Emmy Awards and four Golden Globe Awards. Other well-known roles include Phillip Stuckey in the film Pretty Woman (1990), comic relief gargoyle Hugo in the Disney animated feature The Hunchback of Notre Dame (1996), and the title character in the animated series Duckman (1994–1997). He has also made guest appearances on shows such as Dream On (1994), Curb Your Enthusiasm (2001, 2009), and The Marvelous Mrs. Maisel (2019). For his role in Dream On, he was nominated for a Primetime Emmy Award for Outstanding Guest Actor in a Comedy Series. Alexander has had an active career on stage, appearing in several Broadway musicals, including Jerome Robbins' Broadway in 1989, for which he won the Tony Award as Best Leading Actor in a Musical and a Grammy Award for Best Musical Theater Album. He appeared in the Los Angeles production of The Producers. He was the artistic director of "Reprise! Broadway's Best in Los Angeles", where he has directed several musicals. Alexander was born in Newark, New Jersey, the son of Jewish parents Ruth Minnie (née Simon), a nurse and health care administrator, and Alexander B. Greenspan, an accounting manager whose first name Jay later borrowed to create his stage name. He has a half-sister, Karen Van Horne, and a half-brother, Michael Greenspan.