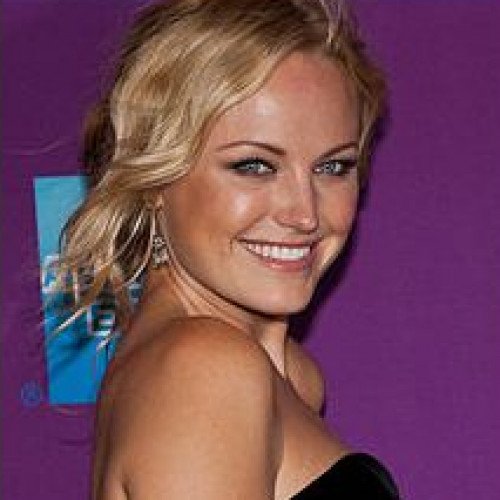 Malin Maria Åkerman (born 12 May 1978) is a Swedish-American actress, producer and model. Born in Stockholm, she was raised in Toronto, Canada after her family relocated in the 1980s. In the early 2000s, Åkerman had several smaller television and film parts in both Canadian and American productions, including The Utopian Society (2003) and Harold & Kumar Go to White Castle (2004). Following a supporting role on the HBO comedy series The Comeback (2005), she gained her first co-starring roles in the romantic comedy films The Heartbreak Kid (2007) and 27 Dresses (2008). Åkerman played the female lead in Watchmen (2009) as Silk Spectre II, a role for which she was nominated for a Saturn Award for Best Supporting Actress. Åkerman had supporting and starring roles in successful romantic comedies The Proposal and Couples Retreat, in 2009. In 2010, she became part of the main cast on the Adult Swim comedy series Childrens Hospital, which ended in 2016. She co-starred in four feature films in 2012, including the comedy Wanderlust and the musical film Rock of Ages. She had her first lead television role with the short-lived ABC comedy series Trophy Wife (2013–2014). In recent years, Åkerman co-starred in the critically acclaimed I'll See You in My Dreams (2015) and the commercial hit Rampage (2018). Since 2016, Åkerman has had a main role on the Showtime drama series Billions as Lara Axelrod. Apart from acting and modelling, Åkerman had a brief music career as the lead vocalist for alternative rock band The Petalstones in the early 2000s, but eventually left to focus on her acting career. She has been married twice, from 2007 to 2014 to the Petalstones' drummer, Roberto Zincone, with whom she has a son, and since 2018 to British actor Jack Donnelly. 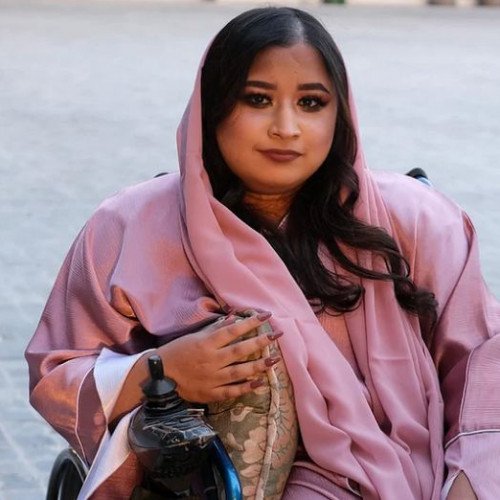 Nawaal Akram (Arabic: نوال أكرم‎) is a comedian, model, athlete and disability rights campaigner. She was diagnosed with Duchenne muscular dystrophy at the age of six, and was forcefully removed from education against her wishes at the age of 10 by the school; she became a wheelchair user at the age of 12. She has since founded Muscular Dystrophy Qatar to raise awareness of the condition, and was named one of BBC's 100 Women programme in 2017. Born in Doha, Qatar to Pakistani parents, Nawaal Akram is one of six children to Mohammed and Saima Akram. At the age of six, she was diagnosed with Duchenne muscular dystrophy, and began using a wheelchair by the age of 12 after falling and breaking her leg. Her condition led to Akram being bullied by other children, which was ignored by the teachers in her school. Akram was then removed from her school, as they did not want to take responsibility for a physically disabled child. Her parents threatened to sue the school but withdrew as it would have affected the education of her siblings who were studying there. Applications to other schools followed, but these were rejected on the basis of her condition or nationality. Special schools were contacted, but she was rejected from those as she did not have a mental disability. Akram eventually tried homeschooling, but this was ineffective as it used part-time tutors. Because of the lack of access to education, she began to feel depressed. Akram started to work at Mada, a non-project disability organisation in Qatar. While there, she learnt about how social media can be used to promote ideas. She has since performed stand up comedy as a comedian with Stand Up Comedy Qatar (SUCQ), the country's first and only collective of stand up comedians, that was started in November 2010. Akram also works a model. Akram took up the Paralympic sport Boccia, and expanded her social media presence including her YouTube channel "Nawaal's Adventures". In 2016, she founded the organisation Muscular Dystrophy Qatar to raise awareness of the condition within the country. She was named one of BBC's 100 Women programme, signifying her as one of the most influential and inspiration women of the year.