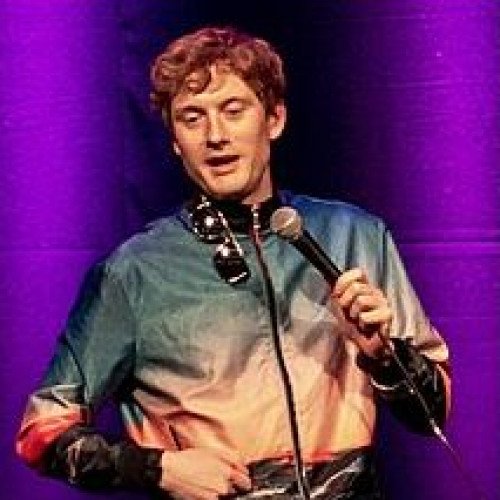 James William Acaster (/ˈeɪkæstər/; born 9 January 1985) is an English comedian originally from Kettering, Northamptonshire, who now lives in London. He has performed for several consecutive years at the Edinburgh Festival Fringe and has been nominated for Best Show five times. He won the Melbourne International Comedy Festival Award for Most Outstanding Show in 2019 with Cold Lasagne Hate Myself 1999, and has won four Chortle awards. Acaster has appeared on several panel shows, including Mock the Week, Taskmaster, 8 out of 10 Cats, and Would I Lie to You?. He has a 2018 Netflix show titled Repertoire, consisting of four, hour-long stand-up comedy performances. He has also written two Sunday Times Best-Selling books, James Acaster's Classic Scrapes, consisting of true stories, most of which were originally told on Josh Widdicombe's show on XFM, and Perfect Sound Whatever, consisting of album reviews from the year 2016. He currently hosts panel show Hypothetical alongside Josh Widdicombe, food podcast Off Menu with fellow comedian Ed Gamble and music podcast James Acaster’s Perfect Sounds from the BBC. Acaster was born in Kettering, Northamptonshire. He attended Montagu Secondary School in Kettering, and went on to study music at Northampton College. During this time, he also sporadically worked at a drinks stand at Wicksteed Park igniting a longstanding fascination with industrial catering equipment. Acaster also worked as a teaching assistant in a school for autistic children, and it was around this time that he began to do stand-up, as mentioned in his book, James Acaster's Classic Scrapes. 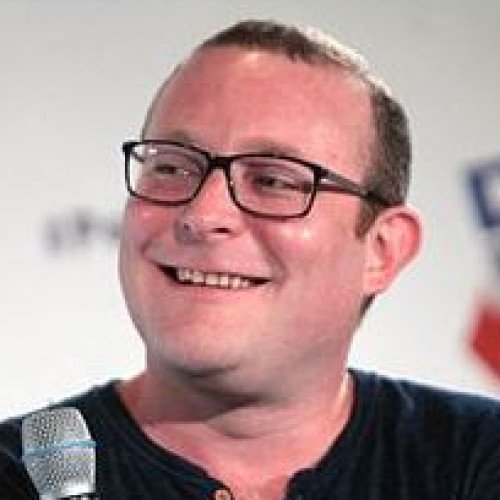 James Adomian (born January 31, 1980) is an American stand-up comedian, actor, and impressionist. He is best known for his work on Comedy Bang! Bang!, Chapo Trap House, Last Comic Standing, The Late Late Show with Craig Ferguson where he impersonated President George W. Bush until 2009, and for portraying Bernie Sanders during the 2016 Trump vs. Bernie tour. He voices Talking Ben in the Talking Tom and Friends animated series. Adomian was born in Omaha, Nebraska on January 31, 1980 and raised in Atlanta, Georgia. His family moved to Los Angeles, when he was ten years old. Adomian is an alumnus of Los Angeles Baptist High School and attended Whittier College studying in a self-designed major in Economics and Theatre Arts. He notes that he did not graduate during a 2017 interview with Pete Holmes. Adomian is of Armenian descent. Adomian began appearing as President George W. Bush frequently on The Late Late Show after Craig Ferguson took over hosting the show in January 2005 until 2009. He has appeared on several other comedy programs, including MADtv, Mind of Mencia, Jimmy Kimmel Live!, Short Circuitz, Atom TV, Cavemen, Recount and Players.