"TIGRIS AND EUPHRATES" vs "TIKAL" 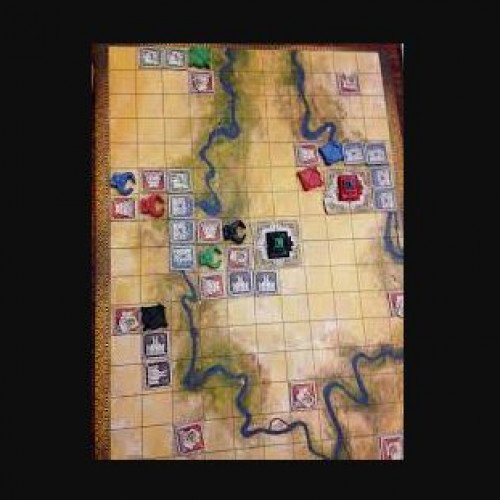 Tigris and Euphrates (German: Euphrat und Tigris) is a tabletop eurogame designed by Reiner Knizia and first published in 1997 by Hans im Glück. Before its publication, it was highly anticipated by German gamers hearing rumors of a "gamer's game" designed by Knizia. Tigris and Euphrates won first prize in the 1998 Deutscher Spielepreis. A card game version was released in 2005. The game is set as a clash between neighboring dynasties at the dawn of civilization and is named after the rivers Tigris and Euphrates, in the region now called the Middle East. The rivers together formed natural borders for an area which harboured several grand ancient civilizations, including Sumer, Babylonia, and Assyria. The Greeks called this area Mesopotamia, which literally means "between the rivers". The game can be played by two, three, or four people. Play offers both tactical and strategic objectives. As with many games, short-term objectives gain prominence when more players participate, as players have fewer chances to follow up on previous moves. Luck plays a role, as players draw tiles from a bag, but it is seldom decisive. Players may selectively discard and redraw their tiles at the cost of one "action point", of which each player has two per turn. The game does not use dice. The board is a map of the two rivers, marked with a square grid. There are four types of tiles with corresponding leaders: temples and priests (red), farms and farmers (blue), markets and merchants (green), and settlements and kings (black). The game starts with ten isolated temple tiles already placed on the board. Players play tiles and leaders onto the board, creating and expanding regions and kingdoms. Monuments may be built on the board when four tiles of the same color are played into a square pattern. Two leaders of the same type cannot coexist in the same kingdom. Internal conflicts are caused by players adding a second leader of a type to a kingdom. External conflicts are caused by players playing tiles to merge two existing kingdoms. During the game, players collect points in each of the four colors as a result of playing tiles, resolving conflicts and controlling monuments. After the final round each player sorts his or her points by color, including any "treasures" which they have acquired, which count as any color the player wishes. In order to limit specialization the player with the most points in their weakest category wins. For example: Alice has 6 black, 8 red, 12 green, and 12 blue points; thus has a score of 6. Bob has 9 black, 10 red, 7 green, and 15 blue points; thus has a score of 7. Charlie has 14 black, 14 red, 5 green, and 20 blue points; thus has a score of 5. Players must balance their scoring and avoid overspecializing. Knizia later used this mechanism as the basis for Ingenious. 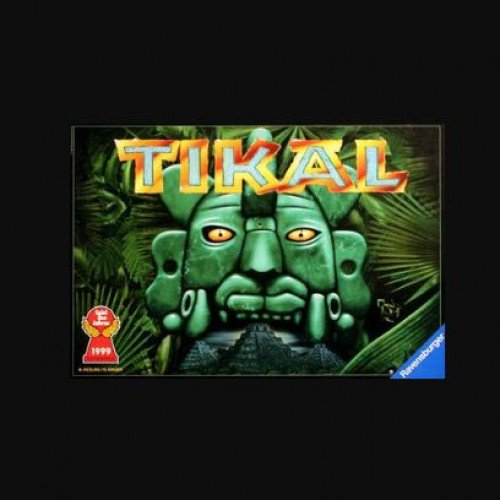 Tikal is a German-style board game designed by Wolfgang Kramer and Michael Kiesling and published in 1999 by Ravensburger in German and by Rio Grande Games in English. The theme of the game is that of adventurers exploring parts of a Central American jungle in which artifacts and temples are discovered. The gameplay is turn-based, with the victor decided by victory points which can be achieved by finding artifacts, excavating, and maintaining control over temple sites. Tikal won the Spiel des Jahres and the Deutscher Spiele Preis in 1999, and the Games Magazine Best Multiplayer Strategy Game in 2000. It was the first game in the Mask Trilogy, followed by Java and Mexica. Warren Spector comments: "Once you're hooked on Tikal, you can move on to the other games in Kiesling and Kramer's 'Mask' trilogy. The games Mexica and Java share some mechanics, but feature different settings, fiction, and some new gameplay elements. Try them, for sure, but if you're like most people, you'll find yourself coming back to Tikal, once the novelty of the newer games wears off. As is so often the case, the first is still the best."