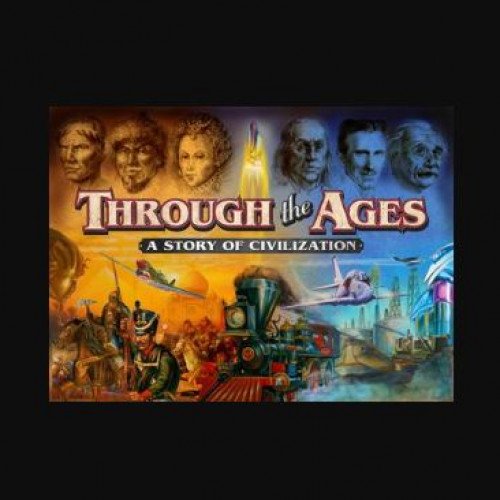 Through the Ages: A Story of Civilization is a board game for 2–4 players designed by Vlaada Chvatil and published by Czech Board Games in 2006. Its theme is the development of human civilization and the players determine the progress of their own civilization in different fields including culture, government, leadership, religion and science. The game won multiple awards including the International Gamers Awards in 2007 and Game of the Year in Poland in 2010, where it was published as Cywilizacja: Poprzez Wieki. The game is about building a civilization, including urban buildings, governments, population, resource productions, military etc. By drawing and buying cards the players take their civilizations through 4 ages - beginning with classical antiquity and ending in the Modern Age. The game has spent over 5 years ranked in the top five board games at Board Game Geek. In 2015 an updated version, entitled Through the Ages: A New Story of Civilization, was published with updated artwork and with a number of rule tweaks. In 2017 an app version was announced and released on 14 September for Android, iPhone and iPad. This version was nominated for the A-Train Award for Best Mobile Game at the New York Game Awards 2018. On March 26, 2018, a digital version of the game (similar to the app) was released on Steam. Through the Ages is a civilization building game. The goal is to develop your civilization, not to destroy other ones. Military strength is just one aspect of your nation, as well as population, production or science. It is up to you which aspect you will concentrate on, more or less, but you should not underestimate any of them while building your civilization. Victory is achieved by the player whose nation produces the most culture during the game. However, there are many ways to produce culture: through religion, literature or drama, by building wonders, by utilizing cultural persons etc. Considerable amount of culture can be gained even via wars or aggression. 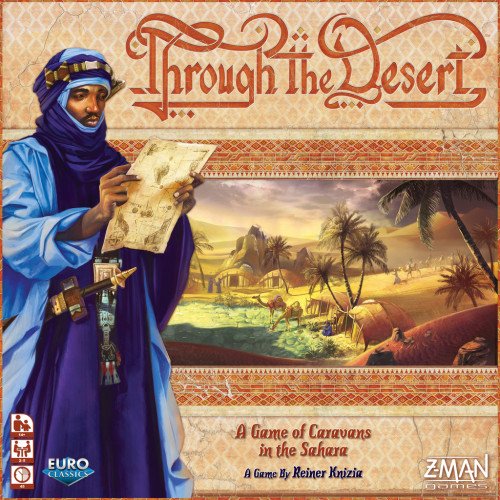 Through the Desert is a German-style board game designed by Reiner Knizia. It was originally released in 1998 by German game publisher, Kosmos, under the name Durch die Wüste. Players place pastel colored plastic camels on a hexagon-based board in an attempt to score points by capturing watering holes and reaching oases. Before the game starts, the board is seeded with watering holes and oases. Each player then places one camel in each of the five colors with a caravan leader of their color on the board. On a player's turn, he places two additional camels of any color on the board. A camel must be played adjacent to a camel of the same color and that group of camels must include the player's caravan leader. A player may never combine two different groups of the same colored camels. During the game, players score points by placing a camel on top of a watering hole or playing a camel adjacent to an oasis. At the end of the game, players score points for the longest caravan (most camels) of each color and for areas that have been enclosed by one of their caravans. The game ends when the supply of camels for any one color has been exhausted. The player with the most points wins. Nominee - 1998 Spiel des Jahres award