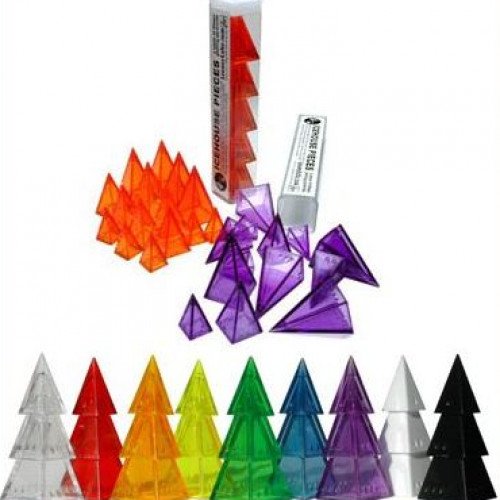 Icehouse pieces, or Icehouse Pyramids, Treehouse pieces, Treehouse Pyramids and officially Looney Pyramids, are nestable and stackable pyramid-shaped gaming pieces and a game system. The game system was invented by Andrew Looney and John Cooper in 1987, originally for use in the game of Icehouse. Andrew Looney in 1987 penned a sci-fi short story, "The Empty City", that included a game called Icehouse, an ancient Martian game. Readers of the short story requested to learn how to play the game. Thus actual rules were invented for Icehouse by Andrew Looney, Kristin Wunderlich (then future wife of Looney) and John Cooper, then plastic pyramid pieces were made to play the game. The first commercially available set were solid non-stackable pyramids released in 1989 with only 100 sets made. The pieces were made from resin in his apartment, which upset the landlord. After several years, Looney shut down Icehouse Games, Inc. and soon started another gaming company, Looney Laboratories, in 1996. 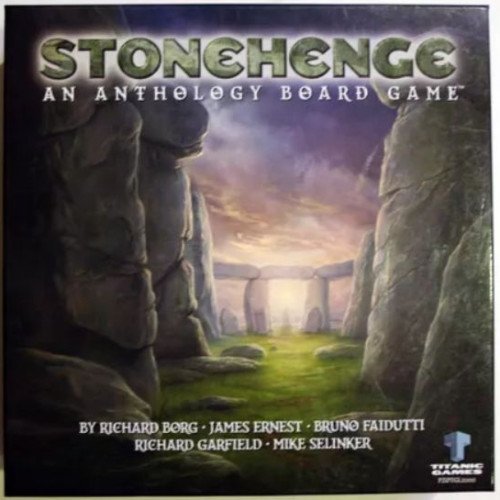 Stonehenge is the first anthology board game. It was released in June 2007 by Paizo Publishing under their Titanic Games imprint. Five game designers, Richard Garfield, Richard Borg, James Ernest, Bruno Faidutti, and Mike Selinker, were given the same set of game materials and each created their own game using those components. The five games are: a magic game by Richard Garfield, a political game by Bruno Faidutti, a battle game by Richard Borg, an auction game by James Ernest, and a science-fiction game by Mike Selinker. An expansion, titled Stonehenge: Nocturne, was released later in 2007 with developers Andrew Looney, Klaus-Jürgen Wrede, Serge Laget, and Bruno Cathala adding their games to the anthology.