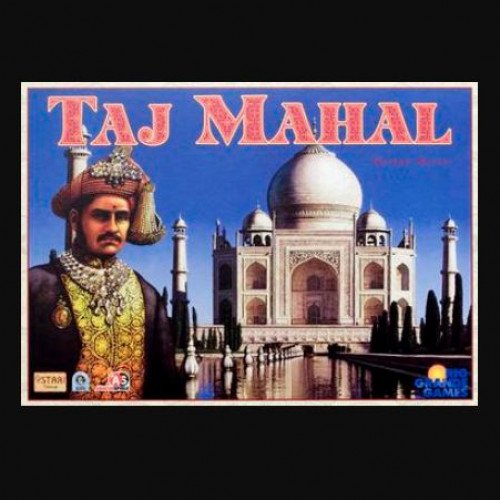 Taj Mahal is a German-style board game for 3–5 players designed by Reiner Knizia and first published in 2000 by Alea in German. During 12 rounds, players bid with cards on up to six different prizes each turn. Those prizes earn points in themselves, but players can also get points for connecting provinces on the map. After the twelfth round, the player with the highest point total wins the game. During the auction phase of the game, players take turns playing cards from their hands to increase the amount of their bid. A player may choose to withdraw instead of increasing their bid, in which case they immediately collect any awards they have earned for that round, and are removed from the auction. The round ends after all players have withdrawn from the auction. 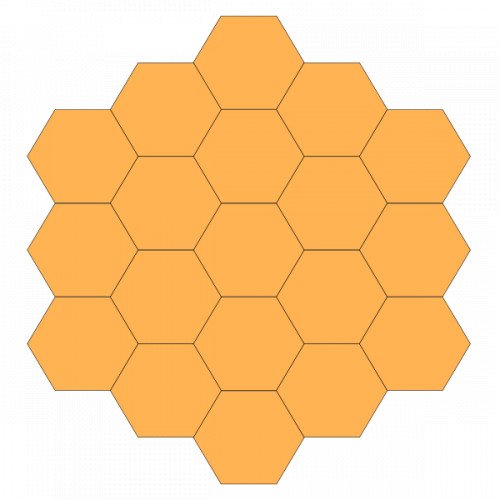 Take It Easy is an abstract strategy board game created by Peter Burley. It can be characterized as a strategic bingo-like game, and has been published by Ravensburger and subsequently by several other publishers since 1983. Each player gets a board with places for 19 hexagon tiles to place in a hexagon shape. Additionally, players get identical sets of tiles which have different types of colored/numbered lines crossing in three directions. One player draws a tile randomly and then tells the others which was drawn. Each player then puts their matching tile on their board in any available spot. This is repeated until the board is filled. The object is to complete colored/numbered lines across the board, for which points are scored according to the numbers on those lines. The maximum score possible is 307.