"UPWORDS" vs "WORDS WITH FRIENDS" 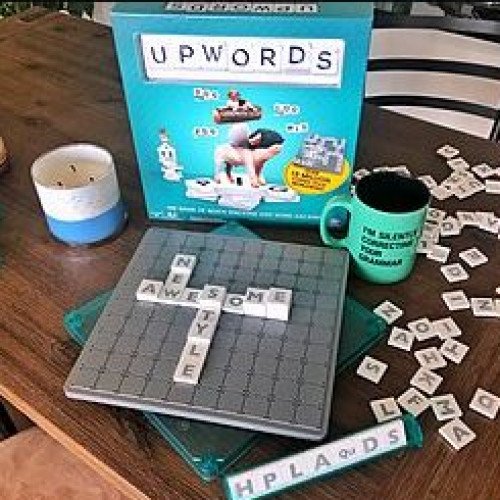 Upwords (at one time branded as Scrabble Upwords in the United States and Canada; and Topwords Crucimaster, Betutorony, Palabras Arriba or Stapelwoord in other countries) is a board game invented by Elliot Rudell and originally published by the Milton Bradley Company, now a division of Hasbro. Worldwide marketing rights to Upwords have been licensed to Spin Master Inc. by Rudell Design, LLC as of 2018. Upwords is similar to Scrabble or Words With Friends, in that players build words using letter tiles on a gridded gameboard. The point of difference is that in Upwords letters can be stacked on top of other letters already on the gameboard to create new words. The higher the stack of letters, the more points are scored. This typically makes words built in later turns of the game more valuable than earlier words, increasing play intensity and adding a level of strategy unique to Upwords. The memorization of two-letter words is considered a useful skill in this game. Unlike Scrabble, which is manufactured in the U.S. and Canada by Hasbro and elsewhere in the world by Mattel, Upwords is solely controlled by Spin Master. As of August 2019 the game is being relaunched and will be available in other countries around the world. In the past and while under license from Hasbro, Upwords was available in about twenty languages. There have been national tournaments played in Hungary and Turkey. 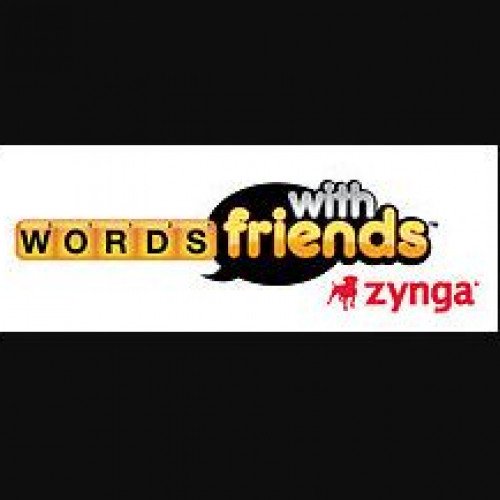 Words with Friends is a multiplayer word game developed by Newtoy. Players take turns building words crossword-puzzle style in a manner similar to the classic board game Scrabble. The rules of the two games are similar, but Words with Friends is not associated with the Scrabble brand. Up to 40 games can be played simultaneously using push notifications to alert players when it is their turn. Players may look up friends either by username or through Facebook, or be randomly assigned an opponent through "Smart Match". Players can also find potential opponents using Community Match. Released in July 2009, Words with Friends is available for cross-platform play on devices running the operating systems Android, Windows Phone, and iOS (iPad, iPhone, iPod Touch). The game is also available on Facebook, Kindle Fire, and Nook Tablet. In addition, there is a chat feature built into the game that allows opponents to exchange messages. Between 2010 and 2011, Words with Friends was one of the top ranking games in the iOS app store, available as both a free ad-supported version and a paid version with no "third party ads between turns". As of May 2017, Words with Friends was the most popular mobile game in the United States. A sequel to the game, Words with Friends 2, came out in September 2017.