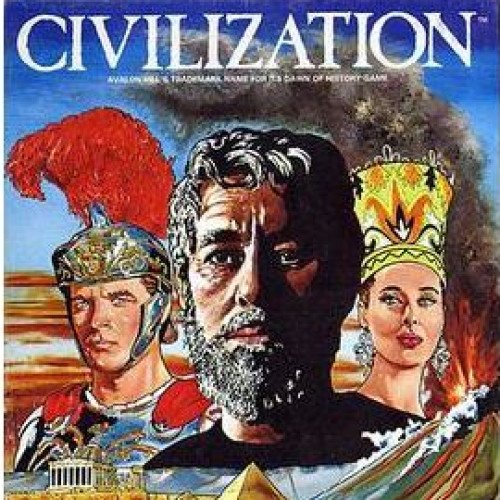 Civilization is a board game designed by Francis Tresham, published in the United Kingdom in 1980 by Hartland Trefoil (later by Gibsons Games), and in the US in 1981 by Avalon Hill. The Civilization brand is now owned by Hasbro. It was out of print for many years, before Gibsons Games republished it in 2018. The game typically takes eight or more hours to play and is for two to seven players. Civilization is considered to be the first game ever to incorporate a technology tree (or "tech tree"), a common feature in subsequent board and video games, allowing players to gain certain items and abilities only after particular other items were obtained. The Civilization board depicts areas around the Mediterranean Sea. The board is divided into many regions. Each player plays a historic civilization and starts in the area where appropriate for that civilization, and attempts to grow and expand their empire over successive turns, trying to build the greatest civilization while minimizing the effects of calamities and war. The goal of Civilization is to be first to advance to the final space on a table called the Archaeological Succession Table (AST). The AST starts at 8,000 B.C. and ends at 250 B.C. The AST contains fifteen spaces, and players are advanced on the AST each turn. At several points, however, certain conditions must be met (such as, the civilization must have a certain number of cities) in order to advance. Since any given civilization is unlikely to meet the advancement criteria at every stage of the AST, games usually last more than fifteen turns. Civilization is unusual in that it does not focus on war and combat, as many games of its genre do. Instead, players are encouraged to trade and cooperate in order to advance. However, war and combat are entirely permissible, and are sometimes inevitable. In fact, the game is designed to limit players' geographical expansion possibilities, forcing them to deal with other civilizations militarily, diplomatically, or otherwise if they wish their own civilization to reach its full potential. 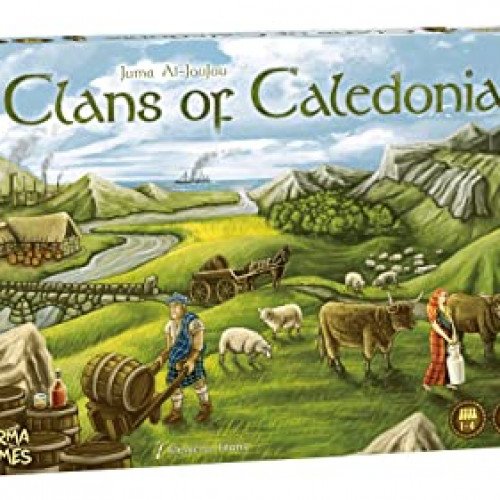 At the start of the game, each player is secretly dealt a card that has one of five colors on it - red, yellow, blue, green, or black. Although each player knows his own color, but not color of any of the other players. The game begins with one hut on each space, the colors being randomly distributed across the huts. On his turn, a player moves all of the huts from one space to another space. When a group of huts is completely isolated (all the surrounding spaces are empty) that space is scored. Scoring is different based on the terrain that those huts are on. The person with the most huts on that space, and anyone tied for the most, gets points. The game ends when the moves have been exhausted.