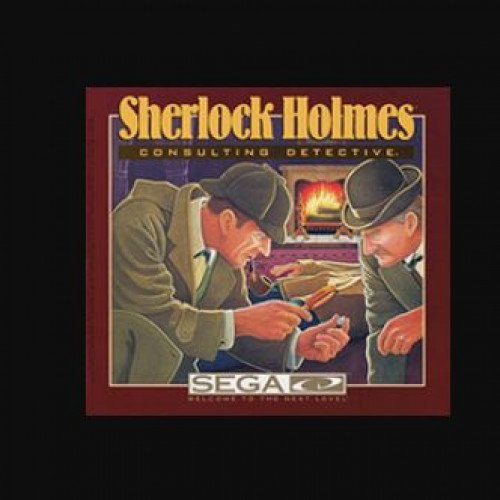 Sherlock Holmes: Consulting Detective is a game originally published by Sleuth Publications in 1981. Multiple expansions and reprints of the game have since been released. In the game, the player (or players) reads a brief introduction to a case, then decides where to look for clues, and consults a booklet telling what clues are found at that location. When a player believes he or she knows the details of the case, the player moves on to the quiz book and answers questions about the case. Players earn points by answering questions correctly, but lose points for each location visited beforehand. The game is made up of booklets, maps, a clue-filled reproduction of The Times and a small directory telling the player which London locale to visit to speak to a character. Lacking a board, it functions as a hybrid between a traditional gamebook and a conventional tabletop game. The original game contains ten scenarios. Expansion packs were released including The Mansion Murders (1983, containing five adventures), "The Queen's Park Affair" (1984, one adventure over three days), and "Adventures by Gaslight" (1986, one adventure over five days). West End Adventures (1990, containing six adventures) was a stand-alone expansion. Other scenarios, like "Sherlock Holmes & the Baby" (1986) were printed in specialty publications. The original game was packaged in a paperboard box; the deluxe edition was bound in a leatherette binder. Gumshoe, the Hardboiled Detective in the Thirties (1985) by the same game designer and publisher has a similar premise. Here, the player assumes the role of a detective in 1930s San Francisco. Clues are found in city maps, mug shots, fingerprints, newspapers and crime reports. Ystari Games published a French version of the game in 2011. The book was translated into English in 2012 and subsequently reprinted in 2015. Ystari has released expansions, some newly written by French authors and others taken from The Queen's Park Affair and The Mansion Murders sets. Since 2016,[1][2] Space Cowboys has published a series of standalone Sherlock Holmes: Consulting Detective games with separate sets of 10 cases, which includes revised versions of older cases. These sets include "Jack the Ripper & West End Adventures" [West End Adventures], "The Thames Murders and Other Cases" [original 10 cases], and "Carlton House and Queen's Park" [Mansion Murders and Queen's Park Affair]. A fourth set containing new cases, "The Baker Street Irregulars", was released in 2020. 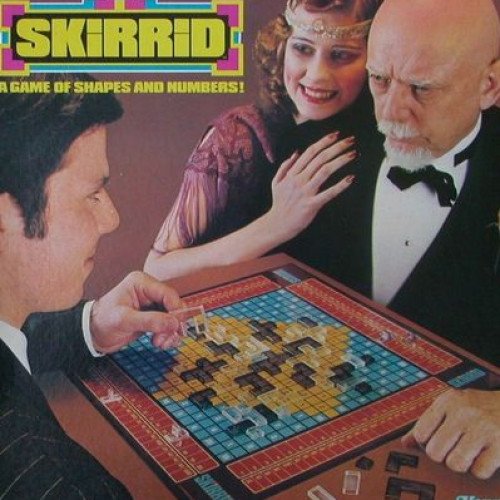 Skirrid is a board game designed for 2–6 players. It is played on a 19×19 square board which is divided into two areas: a central diamond (coloured white) and the four corner triangles (coloured black) that remain. One player has 18 translucent tiles made of clear plastic, the other of smoked plastic. These tiles come in six different shapes, each with their own name: The Eye (covers 1 square); The Rod (covers 2 squares); The Quoin (covers 3 squares); The Snake (covers 4 squares); The Door (covers 5 squares); The Gun (covers 6 squares). White begins by placing any of his tiles across the centre square. The players then take turns placing their pieces on the board, which is covered with numbers. Players must play within the white squares until they have achieved a score of 75 or more. The aim is to get as high a score as possible. Of the three pieces of each variety, one has an inscribed '2' above one square, and one has an inscribed '3' (the other is unmarked). When these pieces are played, the square on the board covered by the number written on the tile is multiplied by that number when it is added to the relevant player's score. Pieces may only be placed in positions where they are adjacent to (not just diagonally touching) a piece of either colour that has already been placed. The game ends when all 36 pieces have been placed on the board, and the highest score wins. A player may block their opponent by placing a shape upside down. For the next turn only, the other player may not play adjacent to this blocking piece (but is permitted to touch it diagonally). The blocking shape scores half its normal total, rounding down if necessary.