"SCATTERGORIES" vs "SCENE IT?" 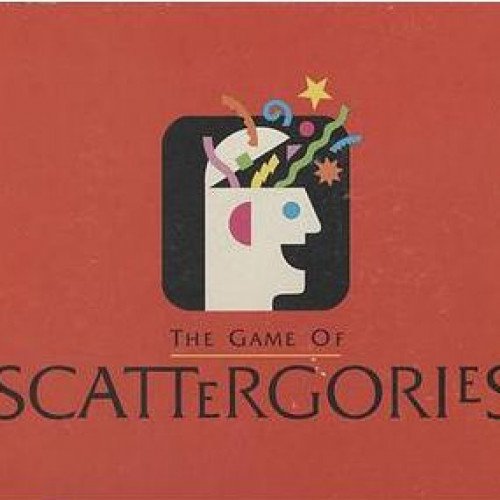 Scattergories is a creative-thinking category-based party game originally published by Parker Brothers in 1988. Parker Brothers was purchased by Hasbro a few years later, which published the game internationally under its Milton Bradley brand. The objective of the 2-to-6-player game is to score points by uniquely naming objects within a set of categories, given an initial letter, within a time limit. The game is based on a traditional game known as Tutti Frutti, Jeu du Baccalauréat, Stadt Land Fluss, and many other names. The game is played in sets of 3 rounds. Each player takes a folder with an answering pad and 3 category cards. Each sheet in the answering pad has three columns of 12 blank lines. In addition, the category cards have 4 lists, each with 12 unique categories, for a total of 144 categories in the game. In new versions of the game, each card has 2 lists of 12 unique categories, for a total of 16 lists and 192 categories. All players must agree on the list to use. One player rolls a 20-sided letter die to determine the first letter used. The timer is set for up to three minutes. One player starts the timer. In the time allotted, each player must attempt to think of and write down, in the first column on the pad, a word or term that fits each of the 12 categories and starts with the rolled letter. Any number of words in the answer is allowed, as long as the first word starts with the correct letter. For example, with a category of "vegetable" and a letter of "C", words such as "cauliflower", "carrot" and "collard greens" are acceptable, but "broccoli" is not (wrong initial letter), nor is "citrus" (wrong category). Alliteration is encouraged with proper nouns in one game variation; Ronald Reagan is worth 2 points, and Hubert Horatio Humphrey is worth 3. Writing a bad answer is still better than no answer though because there is always the possibility that the group playing will accept the answer. For example, "citrus" is "vegetable" in the sense referring to the entire plant kingdom, i.e. neither "animal" nor "mineral". All players stop writing when the timer is finished. Following the list, each player, in turn, reads their answer for each category. Players score zero points for an answer that duplicates another answer in that round, and one point for an answer no other player has given. You cannot have more than one answer on a line for each number. Acceptable answers that are proper nouns using alliteration score one point for each word using the letter. (In the "Junior" version, players earn 2 points for an answer that begins with the chosen letter, and 1 point for an answer that does not begin with the chosen letter, but no points for a duplicate answer.) If for some reason a player thinks someone's answer does not fit the category (for instance, "knuckle" for the category "types of sandwich") a player may challenge that answer. When challenged, all players vote on the validity of that answer. If the vote is a tie, the vote of the player who is being challenged is thrown out. The die is rolled again (and re-rolled if the same letter as the previous round is duplicated), and the second round starts. In the case of proper nouns, all parts of the answer will be counted as adequate provided one begins with the letter in play. For example, in the case of U.S. Presidents using the letter "S", an acceptable answer would be Harry S. Truman, as his middle name is the letter "S." Martin Sheen, however, was never a U.S. President, and therefore is not a valid answer, rewarding zero points. Note: This rule does not apply to book titles, such as "The Count of Monte Cristo." In the case of general categories, broad interpretation is allowed for fun and creative game play. For example, in the case of things commonly found in the kitchen that start with the letter K, both knife (a kitchen tool) or Kelp, (a type of food that is commonly cooked in kitchens around the world) are acceptable answers. 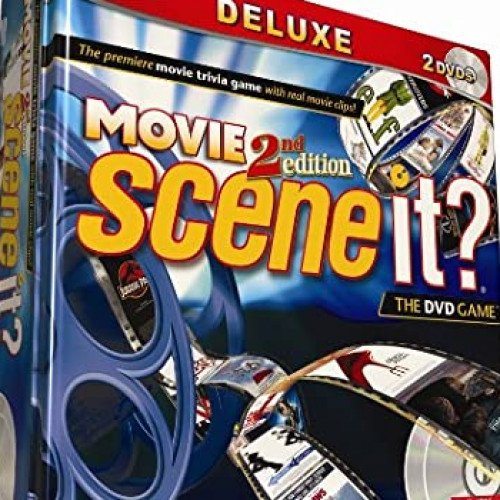 Scene It? is an interactive film series created by Screenlife, in which players answer trivia questions about films or pop culture. The games were first developed to be played with questions read from trivia cards or viewed on a television from an included DVD or based on clips from movies, TV shows, music videos, sports and other popular culture phenomena. Scene It? was made available as a mobile game for iPhone, iPad, on Xbox 360, PlayStation 3 and Wii as well as two social network games on Facebook. Creator Dave Long made the first prototype of Scene It? in 1992, when he placed several hit films on a VHS tape and had guests identify them as quickly as possible when they played on screen. He spent the next few years developing it into a game on DVD since VHS at the time had too many restrictions. In 2000, Dave finalized the DVD and named it 'Reel to Real', he then contacted local investors to bring his game onto shelves. After setting a brand, Scene It? was released to the public in 2002. And the hit game was turned into a series. Players choose either a short or long game by adjusting the "Flextime" game board: For a short game, the board is folded so fewer spaces show. Each player throws a six-sided die to see who goes first. Then, the player rolls both the ordinary die and a customized eight-sided "category die" to see how far they move, and what challenge they face. The challenge can range from a trivia card question, a DVD challenge, ("My Play" or "All Play"), or they may have to draw a "Buzz card" (Cards are often renamed in special editions such as a "Prime Directive" card in the Star Trek edition). If the roller wins the challenge, they can go again, but if they lose, the dice are handed to the next player. This process keeps going until someone hits the All Play to Win stop sign, in which that player must win one final All Play, in which everyone participates, in order to win. If not, they go to ring 3 of the zone called Final Cut. There they must answer 3 questions right. If that falls through, then on the next turn they only have to answer 2 questions, and if they fail that as well, they answer 1 question on every following turn. If a Final Cut challenge is won, then they win the game, and they get to watch a victory scene on the DVD.