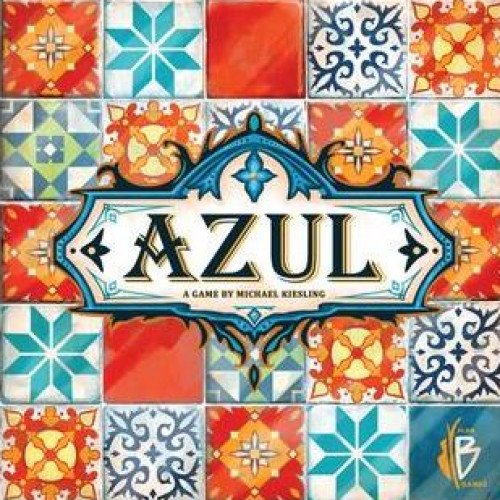 Azul is an abstract strategy board game designed by Michael Kiesling and released by Plan B Games in 2017. Based on Portuguese tiles called azulejos, in Azul players collect sets of similarly colored tiles which they place on their player board. When a row is filled, one of the tiles is moved into a square pattern on the right side of the player board, where it garners points depending on where it is placed in relation to other tiles on the board. From two to four players collect tiles to fill up a 5x5 squares player board. Players collect tiles by taking all the tiles of one colour from a repository, or from the centre of the table, and placing them in a row, taking turns until all the tiles for that round are taken. At that point, one tile from every filled row moves over to each player's 5x5 board, while the rest of the tiles in the filled row are discarded. Each tile scores based on where it is placed in relation to other tiles on the board. Rounds continue until at least one player has made a row of tiles all the way across their 5x5 board. Additional points are awarded at the end of the game for each complete row or column, and for each instance of all five tiles of the same colour being collected. The basic game dictates where tiles of each color go on their player board, while an advanced version allows players to place them anywhere. 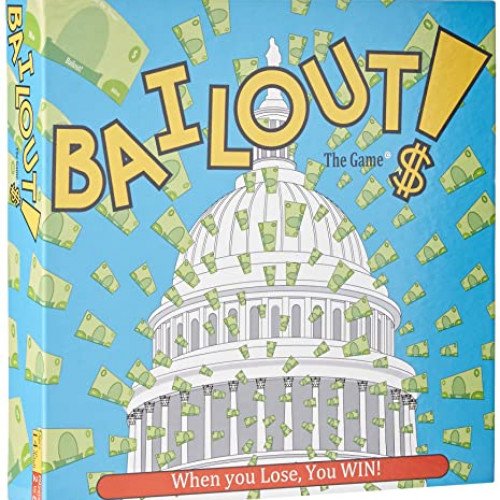 Bailout! The Game is a board game created in 2008 by Jordy and Shari Sopourn. The Sopourns, a married couple living in South Florida, were trying to explain the Troubled Asset Relief Program (TARP)—better known as the government bailout—to their three home-schooled children. Due to the children's young age (the oldest was ten), they had trouble understanding the concept, so their parents turned it into a board game. According to Jordy, the game "took on a life of its own" and the couple decided to self-publish the game. Each player chooses a bank to play (examples: "Bankruptcy O’ America," "Worth Farless"), and starts with $2.5 billion. Each turn, players make an investment decision which can cause their bank to gain or lose assets based on die rolls. The game winner is the bank with the largest amount of debt, who wins the "Bailout." "Bailout!" debuted at the Chicago Toy and Game Fair in November 2009.