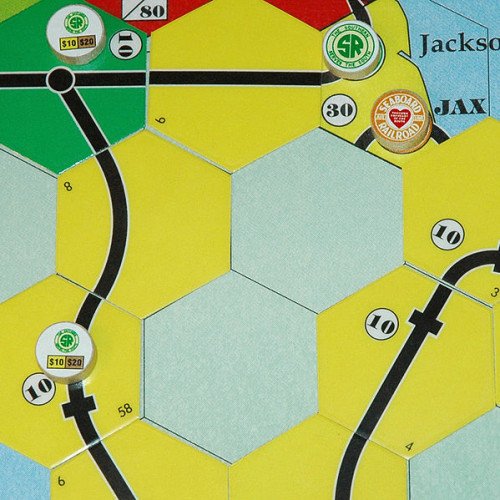 18XX is the generic term for a series of board games that, with a few exceptions, recreate the building of railroad corporations during the 19th century; individual games within the series use particular years in the 19th century as their title (usually the date of the start of railway development in the area of the world they cover), or "18" plus a two or more letter geographical designator (such as 18EU for a game set in Europe). The games 2038, set in the future, and Poseidon and Ur, 1830 BC, both set in ancient history, are also regarded as 18XX titles as their game mechanics and titling nomenclature are similar despite variance from the common railroad/stock-market theme. The 18XX series has its origins in the game 1829, first produced by Francis Tresham in the mid-1970s. 1829 was chosen as it was the year of the Rainhill Trials. 1830 was produced by Avalon Hill in 1986, and was the first game of the series widely available in the United States; it is seen as the basic 18XX game by the U.S. audience. In addition to traditionally published games, the 18XX series has spawned self-published variants and games published by low-volume game companies. With few exceptions (such as 2038), 18XX titles are multiplayer board games without random variables in their game mechanics. 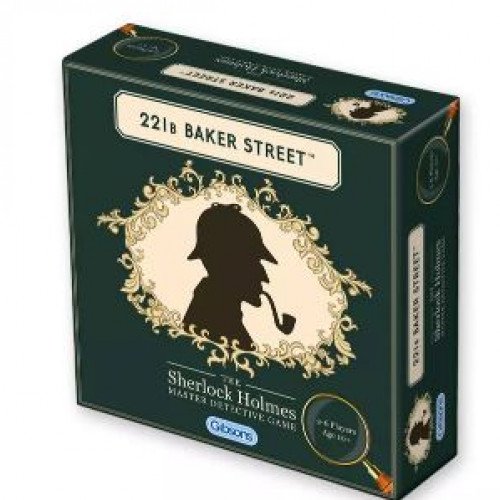 221B Baker Street: The Master Detective Game is a board game featuring Arthur Conan Doyle's fictional detective Sherlock Holmes and developed by Jay Moriarty (dba Antler Productions) in 1975 and sold by the John N. Hansen Co. in the US since 1977. The players have to solve cases using the clues provided by visiting locations on the board such as 221B Baker Street, Scotland Yard, Apothecary and Pawn Broker. The original game has twenty cases, but there are eight expansion sets of 20 cases each for a total of 180 cases available for play, created thru 1986. A new Deluxe Edition of 221 B Baker Street, published by Hansen, has been released in the U.S. in 2016. This Deluxe Edition contains the original 180 cases plus 20 all-new cases for a complete set of 200 cases. The Deluxe Edition also includes all new artwork, board design, and collectible Sherlockian metal tokens. The original game has been licensed for sale in the UK (Gibsons Games), Canada, Australia, New Zealand, Brazil and Romania. Editions of the game published by Gibson have reproduced almost 40 of the 180 cases of the Hansen edition (basically taking from the 20 original cases plus the 20 from the first expansion), but also included 60 new cases for a total of 100. Their recent 2014 edition has 75 cases taken from their 100. The Brazilian version is titled Scotland Yard and translated in Portuguese. A sequel game, 221 B Baker Street: Sherlock Holmes and the Time Machine came out around 1996, but is no longer published in the U.S. However, a Time Machine version of the game has been released in Brazil (2016–17) titled Scotland Yard: Sherlock Holmes & The Time Machine and features 40 cases. Before the game starts, a case is selected, and one player reads the case file. This fills in the players on the background of the case as well as listing the location of each clue in the case booklet. A place may provide no clue, or only a part of one. Clues may also be entirely irrelevant, or throw a player off entirely. Clues often are in the form of a riddle, especially multi-part clues. Play begins with each player at the Start square in the corner of the board, from which the players visit each of the 14 locations on the board. Movement is decided by the throw of a single die. Upon entering a location the player may read the back of the card containing the case. This consists of a list of locations and a number assigned to each one. The player may then secretly read the relevant paragraph in the back of the rulebook which is the clue. (The numbers are mixed up so two adjacent numbers in the book are unlikely to be from the same case.)