"LORD OF THE RINGS" vs "PANDEMIC" 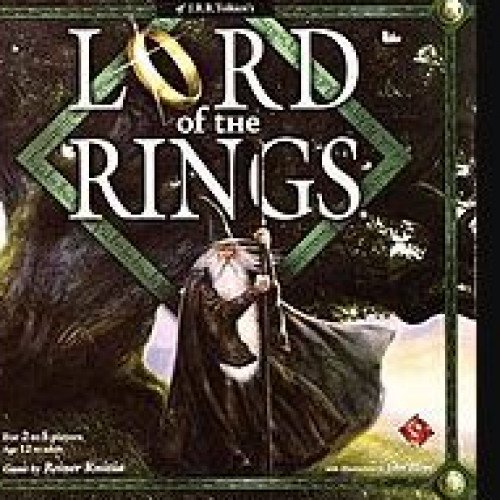 LORD OF THE RINGS

Lord of the Rings is a board game based on the high fantasy novel The Lord of the Rings by J. R. R. Tolkien. Published in 2000 by Kosmos in Germany, Wizards of the Coast in the U.S., and Parker Brothers in the U.K., the game is designed by Reiner Knizia and features artwork by illustrator John Howe. It won a Spiel des Jahres special award for best use of literature in a game and in 2004 it won the Games Magazine Games 100 Honor in the Family Strategy category. A slightly revised version was later published by Fantasy Flight Games. The board game was highly unusual when it was published, because it is a cooperative board game — each player plays a hobbit in the party, and the party will succeed or fail as a group to destroy the One Ring, thus winning or losing the game. Game play is centered on advancement through a series of scenarios corresponding to the adventures of the books. Players turn tiles and play cards in order to move forward, and collect and spend tokens to avoid advancement toward the Dark Lord Sauron. In dire situations, tokens may be spent to call for the assistance of Gandalf, or the One Ring may be used to speed advancement at the cost of moving closer toward Sauron. On the master board there are three locations: Bag End, Rivendell, and Lothlórien. The game starts at Bag End and each player draws a card identifying the player's Hobbit character, each of which has a special ability. Each player is dealt cards that allow him to complete four different activities: traveling, hiding, friendship or fighting. One hobbit is initially assigned to be the "ring bearer", but a new hobbit may become the ring bearer after each scenario is completed. The journey through the game calls for jumping back and forth between the main board and the other four boards. Players advance through locations such as Rivendell, Lothlórien, Moria, Helm's Deep, Shelob's Lair, and Mordor; all while trying to stay away from the dark lord Sauron. Players are eliminated if they are on the same space as Sauron or are behind him. The game concludes when the fellowship reaches Mount Doom and destroys the Ring, the ring bearer is eliminated, or if the Fellowship reaches Mount Doom yet all players are eliminated before the Ring is destroyed. Players need to cooperate and work together in order to beat this game. Players must display strategy and have a little luck. Knowledge of The Lord of the Rings plot isn’t needed to play the game, yet might help in some situations. 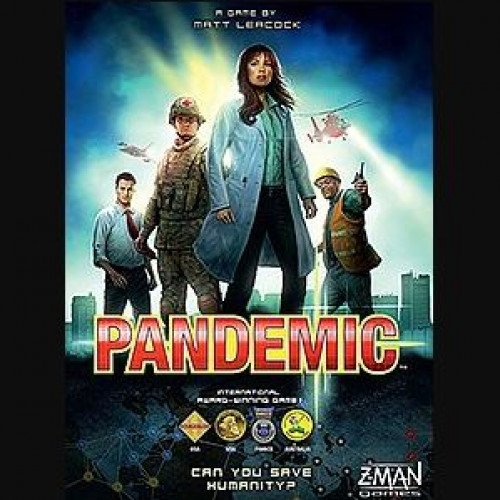 Pandemic is a cooperative board game designed by Matt Leacock and first published by Z-Man Games in the United States in 2008. Pandemic is based on the premise that four diseases have broken out in the world, each threatening to wipe out a region. The game accommodates two to four players, each playing one of seven possible roles: dispatcher, medic, scientist, researcher, operations expert, contingency planner, or quarantine specialist. Through the combined effort of all the players, the goal is to discover all four cures before any of several game-losing conditions are reached. Three expansions, Pandemic: On the Brink, Pandemic: In the Lab, and Pandemic: State of Emergency, co-designed by Matt Leacock and Tom Lehmann, each add several new roles and special events, as well as rule adjustments to allow a fifth player or to play in teams. In addition, several rule expansions are included, referred to as "challenge kits". Pandemic is considered one of the most successful cooperative games that has reached mainstream market sales, condensing the type of deep strategy offered by earlier cooperative games, like Arkham Horror, into a game that can be played in a limited time by a wider range of players. Aside from expansions several spinoffs have been released, most notably Pandemic Legacy: Season 1. Pandemic Legacy: Season 1 adds an ongoing storyline and permanent changes to the game and has been rated highly by the website BoardGameGeek on its board game rankings. Leacock began designing the game in 2004, after realizing that competitive games were making for strained evenings with his wife. He based it on the 2002–2004 SARS outbreak.