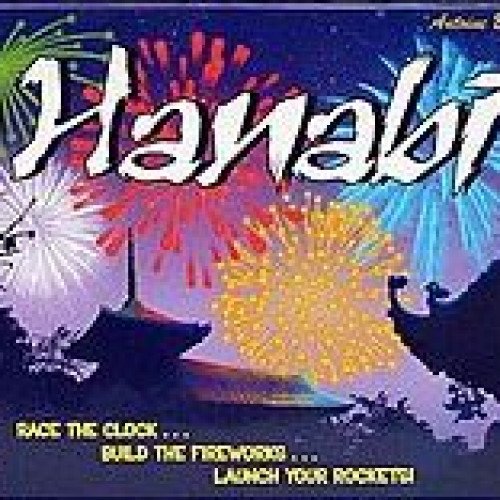 Hanabi (from Japanese 花火, fireworks) is a cooperative card game created by French game designer Antoine Bauza published in 2010 by Asmodée Éditions in which players, aware of other players' cards but not their own, attempt to play a series of cards in a specific order to set off a simulated fireworks show. Players are limited in the types of information they may give to other players, and in the total amount of information that can be given during the game. In 2013, Hanabi won the Spiel des Jahres, a prestigious industry award for best board game of the year. The Hanabi deck contains cards in five suits (white, yellow, green, blue, and red): three 1's, two each of 2's, 3's, and 4's, and one 5. The game begins with 8 available information tokens and 3 fuse tokens. To start the game, players are dealt a hand containing five cards (four for 4 or 5 players). As in Indian poker, players can see each other's cards but they cannot see their own. Play proceeds around the table; each turn, a player must take one of the following actions: Give information: The player points out the cards of either a given number or a given suit in the hand of another player (examples: "This card is your only red card," "These two cards are your only 3's"). The information given must be complete and correct. (In some editions, it is allowed to indicate that a player has zero of something; other versions explicitly forbid this case.) Giving information consumes one information token. Discard a card: The player chooses a card from his hand and adds it to the discard pile, then draws a card to replace it. The discarded card is out of the game and can no longer be played. Discarding a card replenishes one information token. Play a card: The player chooses a card from his hand and attempts to add it to the cards already played. This is successful if the card is a 1 in a suit that has not yet been played, or if it is the next number sequentially in a suit that has been played. Otherwise a fuse token is consumed and the misplayed card is discarded. Successfully playing a 5 of any suit replenishes one information token. Whether the play was successful or not, the player draws a replacement card. Players lose immediately if all fuse tokens are gone, and win immediately if all 5's have been played successfully. Otherwise play continues until the deck becomes empty, and for one full round after that. At the end of the game, the values of the highest cards in each suit are summed, resulting in a total score out of a possible 25 points. 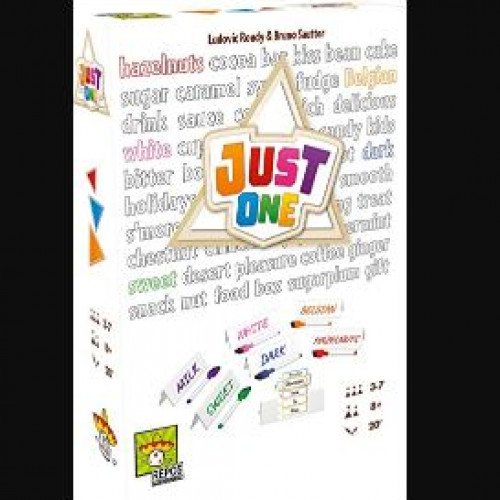 Just One is a cooperative party game for 3 to 7 players, designed by Ludovic Roudy and Bruno Sautter and published by Repos Production in 2018. In each round of the game, players write down a one word clue for the round's guesser, who must figure out the secret word for the round. Identical clues are discarded before the guesser sees them. Just One won the 2019 Spiel des Jahres award for the best board game of the year. The game is played over 13 rounds, during which players give one word clues to the round's guesser to help that person guess the hidden word for the round. Duplicate clues are removed before the guesser sees them, so giving clues which are too obvious can backfire. A right guess scores a point while a wrong one loses a point, with players trying to score as high as possible over the game's rounds. A typical game takes about 20 minutes. Just One won the 2019 Spiel Des Jahres award, with the jury saying the game was ingenious for its simplicity.