"FREEDOM: THE UNDERGROUND RAILROAD" vs "GLOOMHAVEN" 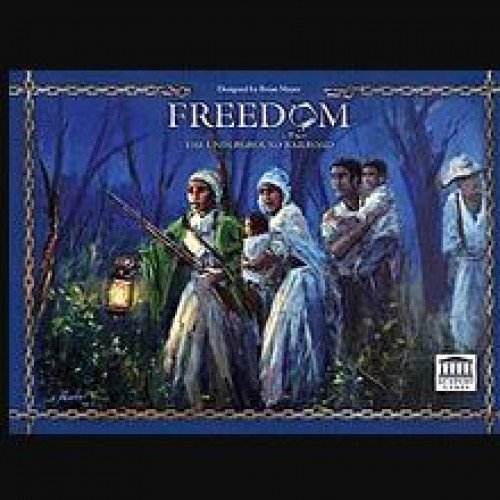 Freedom: The Underground Railroad is a 2013 co-operative board game designed by Brian Mayer and published by Academy Games, their first game in the Freedom Series. The game has drawn positive attention for its approach and handling of the topic. A card-driven, co-operative game set in early American History, Freedom: The Underground Railroad has players working together for the Abolitionist Movement to help bring an end to slavery in the United States. The players use a combination of cards, which feature historical figures and events spanning from early independence until the Civil War and contain action tokens and character benefits which impact the game. The game can be played solo or up to four players, each playing one of six possible archetypes from the abolitionist movement: agent, conductor, preacher, shepherd, station master, or stockholder. Several small card expansions, also designed by Mayer, were released with the Kickstarter version, each adding several new cards to the Abolitionist Deck. The first goal that players need to achieve in Freedom: The Underground Railroad are to help a certain number of slaves make their way northward to freedom in Canada. How many varies depends on the number of players and the difficulty level of the game. The second winning condition is that the group needs to collectively raise the strength of the Abolitionist Movement, helping to bring about more permanent changes, by acquiring all of the support tokens in the game. Freedom: The Underground Railroad components consists of a game board representing connections between cities and spaces on the map of the United States, three decks of cards (Role cards, Abolitionist cards, and Slave Market cards), five slave catcher tokens, 110 wooden cubes representing the men, women and children trapped in slavery, slave catcher movement dice, action tokens (support, fundraising, and conductor), money, and a lead player token. The Abolitionist cards are broken up into three eras (1800-1839, 1840–1859, 1860-1865) and feature historical events and individuals from those eras that impacted the fight for freedom, both positively and negatively. General Abolitionist cards are used when acquired, Reserve Abolitionist cards can be held onto until an opportune time, and Opposition cards work against the players in various ways. At the start of the game, Opposition cards are distributed throughout the three era decks. Players are given a random role at the beginning of the game. 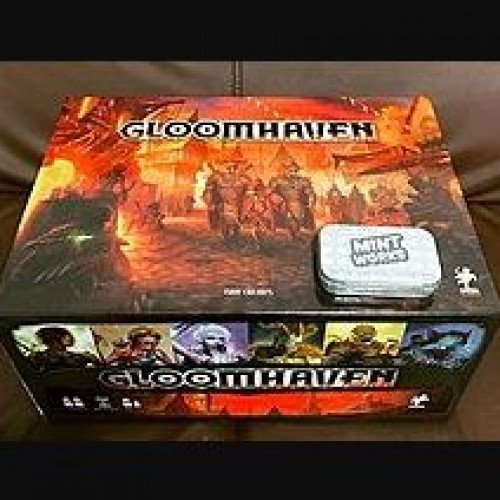 Gloomhaven is a cooperative board game for 1 to 4 players designed by Isaac Childres and published by Cephalofair Games in 2017. It is a campaign-based dungeon crawl game with a branching narrative campaign with 95 unique playable scenarios, 17 playable classes, and more than 1,500 cards in a box which weighs almost 10 kilograms (22 lb). Gloomhaven is a fantasy-themed, campaign-based tactical skirmish game, in which players try to triumph in combat-based scenarios which scale in difficulty depending on the number of players. The game is cooperative and campaign driven, with 1 to 4 players working their way through a branching story consisting of almost 100 scenarios. The campaign develops in a legacy format, with stickers that are placed on the board and cards and sealed envelopes that are opened when certain criteria are met. While it has drawn comparisons to role-playing games such as Dungeons & Dragons and other dungeon crawl board games, Gloomhaven uses game mechanics similar to modern eurogames. Characters and monsters move about on hex tiles representing dungeons and cellars. Players simultaneously choose two cards to play each turn, each of which has a top and a bottom half, and choose the top half of one card and the bottom of the other to allow their characters to take actions such as moving, healing and attacking monsters. Randomization is not provided by dice, as is usually the case with such games, but is handled by a deck of cards.