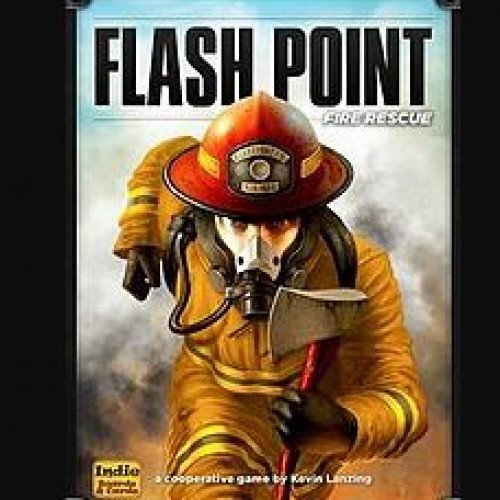 Flash Point: Fire Rescue is a thematic cooperative board game designed by Kevin Lanzing with the help of firefighters. released in November 2011. The objective is for players to work together to rescue people and animals from a burning building before it collapses. Since the initial release of the game several expansions have been published, which add additional scenarios for players experience. These include fires in a high rise building, a two-story house, and a submarine. Players are firefighters who at the simplest "family" level can move, put out fires, cut through walls and rescue victims; higher levels introduce specialized roles such as the fire captain, the engine operator, hazmat technicians and paramedics. The game "owe a lot to Pandemic." The game's development was crowdfunded through a Kickstarter project, with a 30-day funding period that ended on August 18, 2011 with nearly 900 backers, and pledges amounting to more than an order of magnitude greater than the $5000 goal. The money covered expenses such as artwork, product safety tests, and the first print run. 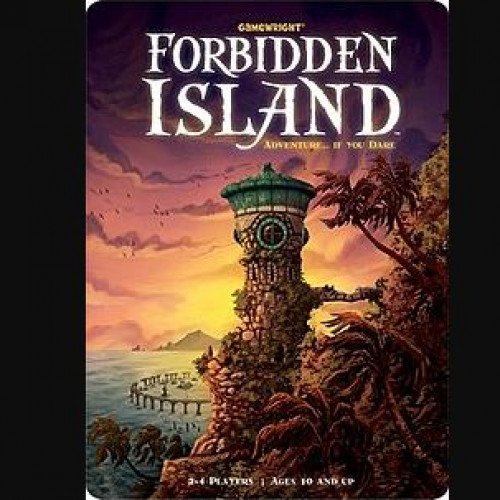 Forbidden Island is a cooperative board game developed by Matt Leacock and published by Gamewright Games in 2010. Two to four players take the roles of different adventurers, moving around a mysterious island, looking for hidden treasures as the island sinks around them. All players win if they find all the hidden treasures and they all make it back to the helicopter and fly away, and they all lose if they cannot. Players take on the role of adventurers, with randomly selected abilities, trying to retrieve treasures from a rapidly sinking island. They must retrieve four treasures: (The Earth Stone, the Crystal of Fire, the Statue of the Wind, and the Ocean Chalice) and return to the helicopter landing pad ("Fools Landing") before the waters rise covering the entire island. The board consists of a random distribution of 4x4 tiles, with an additional two tiles beyond each side of the square. A deck of cards (the "flood deck") corresponding to the locations of the board drives the game: at the beginning of the game, the locations of the top six cards of that deck are flipped and considered "flooded". After every player's turn, new cards from that deck are drawn and the corresponding tiles are flooded or, if they are already flooded, "sink" by disappearing from the board, thus shrinking the island. Additional cards of this deck ("Waters Rise") increase the "flood meter" on the board On their turn, a player may take up to three actions among moving to an adjacent tile, shoring up an adjacent flooded tile, giving a treasure to another player, collecting a treasure, or the role-specific action of that player. The player then draws two cards from the "treasure deck"; these cards allow the eventual collecting of the corresponding treasure.