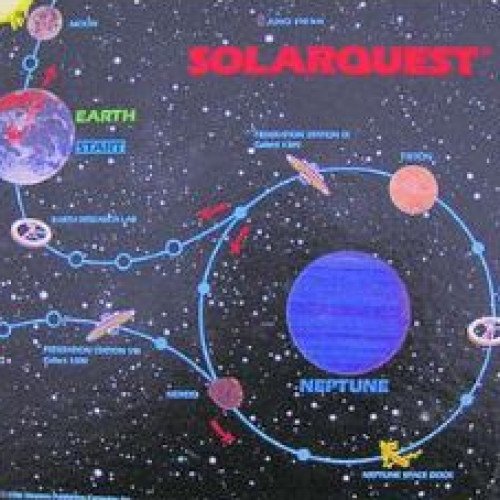 SolarQuest is a space-age real estate trading board game published in 1985 and developed by Valen Brost, who conceived the idea in 1976. The game is patterned after Monopoly, but it replaces pewter tokens with rocket ships and hotels with metallic fuel stations. Players travel around the sun acquiring monopolies of planets, moons, and man-made space structures. They seek to knock their opponents out of the game through bankruptcy, as well as optional laser blasts and dwindling fuel supplies. SolarQuest has attracted a renewed following in recent years due to its availability on eBay and other auction sites. Brost ran a successful Kickstarter campaign (Nov. 8 - Dec. 25, 2016) to fund his new release of SolarQuest, expected to enter production in 2017. This "Deluxe Edition" will include more up-to-date astronomical data, a magnetic Fuel Tank Card (preventing the accidental movement of its metal markers), modernized graphics, and enhanced gameplay. Players travel through the solar system acquiring properties, charging rent, and building fuel stations within individual planetary systems. The winner is the player who builds the greatest financial empire and "survives the perils of space travel to become the last player on the board," according to the 1986 SolarQuest rules. 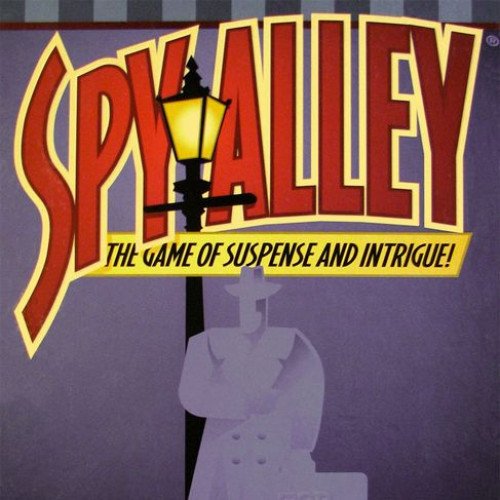 Spy Alley is a board game wherein each player secretly works for the spy agency of one of six countries. The players take turns moving around the board in an attempt to first gather the password, disguise, code book, and key corresponding to their country, and then reach their embassy, winning the game. But the player must beware, for any of one's opponents may deduce and expose one's nationality at any time, thus eliminating one from the game. This game has won several awards including: Family Life’s “Best Learing Toys of 1988”, MENSA Select Award, Parent’s Choice Award, and Games Magazine Top 100. To determine in which order the players take their turn, each player must roll the die and whoever rolls the highest starts the game. To start, roll the die and move your token that many times, going the direction of the arrow on the start place. The other players take their turns clockwise. Each player sets out to collect their own password, disguise, code book, and key of their country without having any other player recognize their identity. To collect these items, players must land on the appropriate spaces. Once a player has collected all their appropriate items, they must land on their own embassy space to win.