"TSURO OF THE SEAS" vs "WAR ON TERROR" 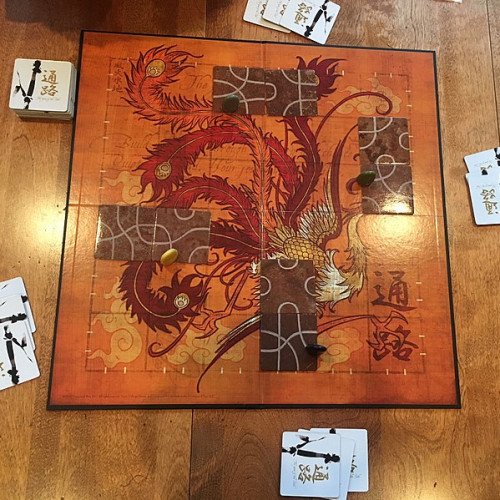 TSURO OF THE SEAS

Tsuro is a tile-based board game designed by Tom McMurchie, originally published by WizKids and now published by Calliope Games. Tsuro is a board game for two to eight players. To play, players compete to have the last playing piece remaining on the board. Player turns consist of placing tiles on the board from the player's hand. Then they move their respective pieces along these paths. Players are eliminated by following a path that ends at the board edge. There have also been a number of differently themed Tsuro editions and expansions released, beginning with Tsuro of the Seas. Although core gameplay remains the same, some of versions feature expanded rules or larger boards. The name of the game is taken from the Japanese word tsūro (wikt:通路) meaning "route". The word, written in kanji, appears in the art on the game board. The game is played on a square board that is divided into a six-by-six grid of squares. Before the game begins, each player chooses a different colored playing piece and places them on any of the white notches that surround the edge of the board. Each player also holds three tiles. After each turn, they draw another card. There are thirty-five standard tiles and one Dragon tile. To play, the player must place a tile in the square in front their piece. Once placed, the piece moves along the line in front of it. If another player places a tile that connects to the line the player's piece is on, the player must move their piece to the end of the line. Sometimes this will cause the piece to go off the board, in which the player is eliminated. If two pieces end up on the same path, both players are out. The Dragon tile is only used when there are three or more players. When there are no more tiles to draw from, the player takes the Dragon tile. This is to indicate that they will be the first one to draw from the deck after the eliminated players give up their unplayed tiles. 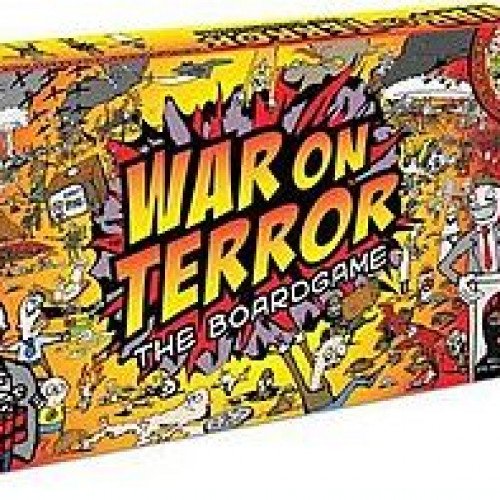 War on Terror, The Boardgame is a satirical, strategic board game, produced and published in 2006 by TerrorBull Games. War on Terror was originally conceived in 2003 by Andy Tompkins and Andrew Sheerin, two friends based in Cambridge, England. The initial inspiration for the game came from the imminent Invasion of Iraq but, as a whole, was intended as a reaction and challenge to the counter-productive pursuit of the wider War on Terror. In 2005, Sheerin and Tompkins founded TerrorBull Games and gathered enough financial support from a mixture of friends and acquaintances to put War on Terror into production. Widespread notoriety has meant the game has had a colourful and, at times, troubled history. Its initial release was met with a barrage of criticism, particularly from the tabloid press. Other businesses refused to be associated with the game and it was also banned from a number of industry fairs around the world. The British police even confiscated a single copy. More recently, however, opinion has turned around and War on Terror is now praised by various highly respected institutions and individuals, among them Amnesty International and John Pilger. The gameplay has been likened to a cross between Risk, Diplomacy, Monopoly and Settlers of Catan. Like a number of war board games, the basic goal is to dominate the entire world (or "liberate" in the parlance of the game itself). However, the scope of War on Terror stretches to cover all aspects of war-time politics, not just battlefield tactics. The creators of War on Terror have correspondingly claimed it is the most realistic war simulation around.