"MOUSE TRAP" vs "SNAKES AND LADDERS" 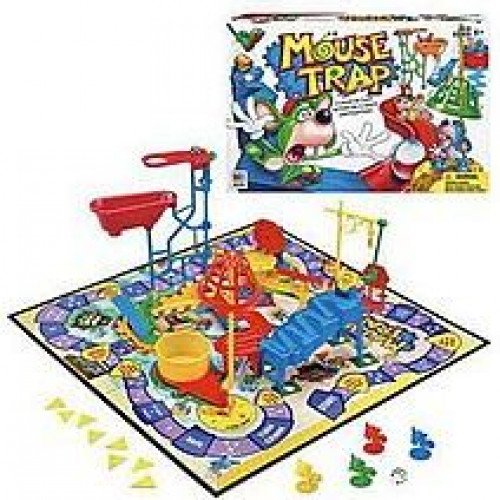 Mouse Trap (originally Mouse Trap Game) is a board game first published by Ideal in 1963 for two to four players. It is one of the first mass-produced three-dimensional board games. Over the course of the game, players at first cooperate to build a working Rube Goldberg-like mouse trap. Once the mouse trap has been built, players turn against each other, attempting to trap opponents' mouse-shaped game pieces. The basic premise of Mouse Trap has been consistent over time, but the turn-based gameplay has changed. Its concept was first invented by Marvin Glass and his company, Marvin Glass and Associates, who were later granted a US patent in 1967. The original published version of the game in 1963 was then designed by Hank Kramer of Ideal Toy Company, filling in the details Glass had left open, and allows the players almost no decision-making, in keeping with other games for very young children such as Candyland or Chutes and Ladders (Snakes and Ladders). Players take turns rolling a die to advance their mouse piece along a path around the game board, from the start space to a continuous loop at the end. The Rube Goldberg-like mouse trap is assembled in the center of the board, with players adding one or more of its pieces when they land on specified "build" spaces. The trap is always assembled in a specified order, and is attached to the board by inserting tabs into holes and locking them into place. 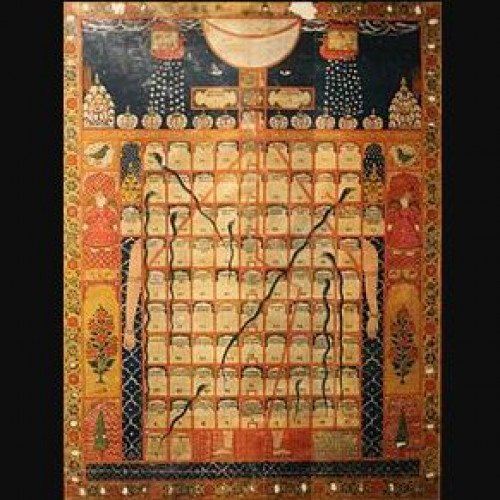 Snakes and ladders, known originally as Moksha Patam, is an ancient Indian board game for two or more players regarded today as a worldwide classic. It is played on a game board with numbered, gridded squares. A number of "ladders" and "snakes" are pictured on the board, each connecting two specific board squares. The object of the game is to navigate one's game piece, according to die rolls, from the start (bottom square) to the finish (top square), helped by climbing ladders but hindered by falling down snakes. The game is a simple race based on sheer luck, and it is popular with young children. The historic version had its roots in morality lessons, on which a player's progression up the board represented a life journey complicated by virtues (ladders) and vices (snakes). The game is also sold under other names such as Chutes and Ladders, Bible Ups and Downs, etc., some with a morality motif; a morality Chutes and Ladders was published by the Milton Bradley Company starting from 1943. The size of the grid varies, but is most commonly 8×8, 10×10 or 12×12 squares. Boards have snakes and ladders starting and ending on different squares; both factors affect the duration of play. Each player is represented by a distinct game piece token. A single die is rolled to determine random movement of a player's token in the traditional form of play; two dice may be used for a shorter game.