"HUNGRY HUNGRY HIPPOS" vs "THE KIDS OF CATAN" 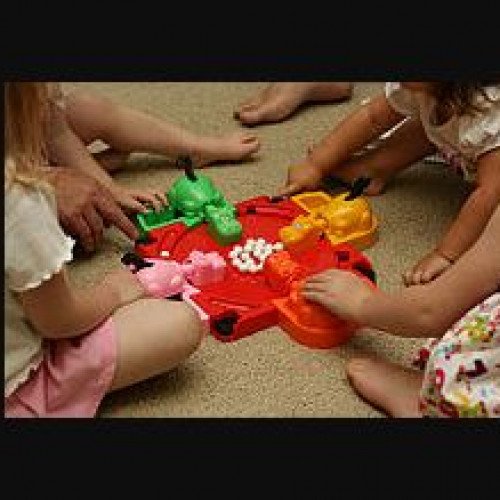 Hungry Hungry Hippos (or Hungry Hippos in some UK editions) is a tabletop game made for 2–4 players, produced by Hasbro, under the brand of its subsidiary, Milton Bradley. The idea for the game was published in 1967 by toy inventor Fred Kroll and it was introduced in 1978. The objective of the game is for each player to collect as many marbles as possible with their 'hippo' (a toy hippo model). The game is marketed under the "Elefun and Friends" banner, along with Elefun, Mouse Trap and Gator Golf. The game has been referenced in The Simpsons, Mystery Science Theater 3000, the 2010 Disney/Pixar movie Toy Story 3, the 2017 movie My Little Pony: The Movie, the 2001 cult film Donnie Darko, and the 2020 Netflix series Space Force. There is also a battle level based on the game in the 2016 Micro Machines game. The game board is surrounded by four mechanical, colorful, plastic hippopotamuses operated by levers on their backs. When the lever is pressed, the hippo opens its mouth and extends its head forwards on a telescopic neck. When the lever is released, the head comes down and retracts. Colored plastic marbles are dispensed into the board by each player, and the players repeatedly press the lever on their hippo in order to have it "eat" the marbles, which travel down from under the hippo into a small scoring area for each player. Once all marbles have been captured, the player who has collected the most is the winner. 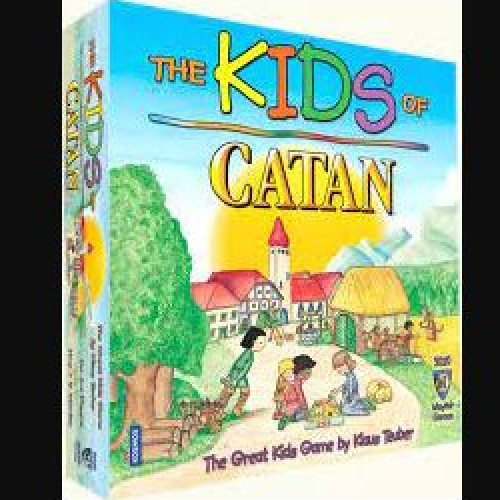 THE KIDS OF CATAN

The story revolves around three children of Catan (despite the game being for four players) who are helping their parents build structures for Catan's first settlement. One parent is a brickmaker, one parent is a woodcutter, and one parent is a farmer. To help their parents, the children, with the help of their wagons, help the parents haul goods. However, the children are bullied by one of the kids' older siblings, who sometimes scare them into running away from their wagons and finding their goods stolen when they return. The game is played on a turntable separated into 16 sections. Each of the four players and their wagons are placed on the turntable itself, while the 16 spaces are on the outside. 15 of these spaces allow the players to collect resources - five each in three different types, while the 16th space is the robber. Players begin the game so that no one begins in the robber's space. On a player's turn, a die is rolled and the turntable is advanced a certain number of spaces. Each player, if on a resource space with a resource present, collects the particular resource there if they do not already have the resource in their wagon. If a player lands on the robber, they are forced to give up a resource on their wagon and return it to a space on the board. If, after collecting resources, a player's wagon is full, they may place a building on the board, and returns their three resources to spaces on the board. There are a total of 13 buildings - 12 red ones and the green city hall. The red buildings are divided evenly amongst the players, and the city hall may only be built by players who have placed all of their red buildings.