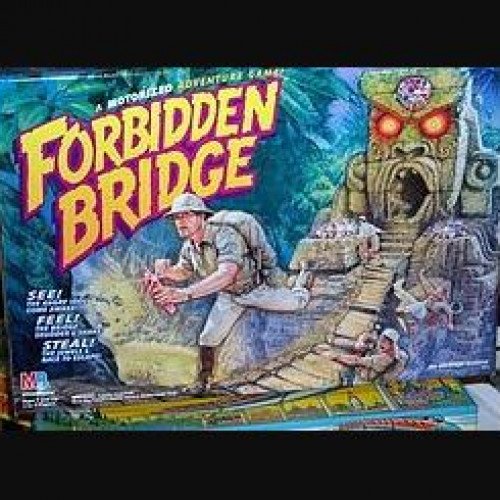 Don't Wake Daddy (known as SSHH! Don't Wake Dad! outside of North America) is a children's board game originally released by Parker Brothers (later Milton Bradley, currently Hasbro) in North America, and Tomy in Europe (currently released by Drumond Park in the United Kingdom). It is intended for two to four players. Players take the role of children sneaking to the refrigerator late at night, trying not to wake their sleeping father (who lies in the middle of the board on a large bed). Movement is determined by using a spinner and moving accordingly. If the color of a noise space does not match the color of an assigned card that a player holds, they make one of several "noises" (such as rollerblades, a baseball, a television, a barking dog, a tricycle, a broken vase, a cuckoo clock, a screaming parrot, a falling picture frame, a toy piano, a bowl of fruit being knocked over, a cat whose tail has been stepped on, a falling dish with a slice of cake on it, a radio, falling pots and pans, and a crying baby). They must then press the button on the alarm clock next to the father a certain number of times; after enough pushes, the clock will go off and the father will suddenly jerk upright from his bed (as if just having awakened from a nightmare), at which point the player claims the corresponding color card from a player that has it, then returns to the beginning of the board. 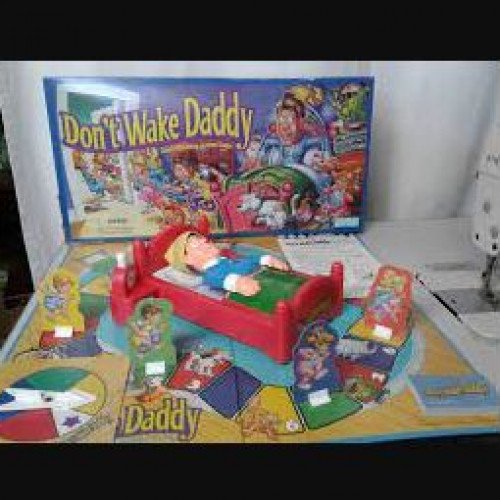 Forbidden Bridge is a board game which simulates being a treasure hunter. Players assume the role of explorers who are after ancient jewels, which are guarded by an angry spirit. Occasionally, the bridge guard will awaken and (via a motorized mechanism powered by the player pushing his head down) shake the bridge, which can cause players' pieces to fall off. Players also can get the chance to "steal" another player's jewel. The first player to retrieve two jewels and return them all in their boat wins. Each player begins their turn by rolling the included six-sided dice: one numbered die (with 2, 3 and 5 repeated twice) and one "special" die with three possibilities (each of which appears on two of its sides): Idol icon: The idol becomes angry. When its head is pressed down it will shake the bridge; any players whose pieces fall are considered to be on the closest land space to where their piece landed (i.e. pieces cannot be in the water). Explorer icon: The player may move another player's piece to a different position on their bridge space. This can be important, as the pegs and rails on the bridge spaces become crucial when the idol shakes the bridge, and some spots on a space are safer than others. Jewel icon: The player may steal another player's jewel if the player is on, or lands on, the same space as that player.