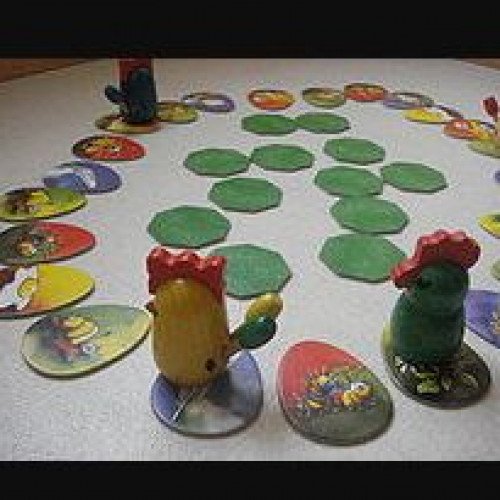 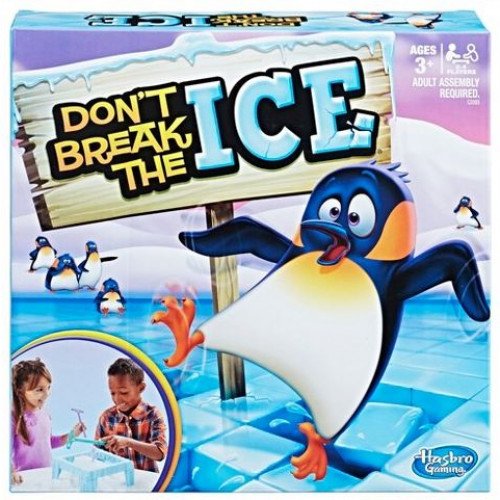 Don't Break the Ice is a children's tabletop game for two to four players ages 3 and up. Marketed by Schaper Toys in 1968, the game is now manufactured by Hasbro subsidiary Milton Bradley. The game is played with a set of plastic "ice blocks," a stand, and included miniature hammers (to break out the ice blocks without letting Ice Man fall). One ice block is larger than the rest, and either a man (referred to "Ice Man" in the game), a polar bear, or Phillip the Penguin, stands on this block. The stand is turned upside down and the ice blocks placed into the frame, so that the "shared" uniform compression of the blocks pressed against each other will cause them to stay in place when the stand is turned upright. The players take turns removing ice blocks by tapping with the hammers. The game ends when one player "breaks the ice," causing the man, bear, or Phillip the Penguin to fall through. The player who smashed the ice blocks without "breaking the ice" is the winner.