"EXPLODING KITTENS" vs "THE FARMING GAME" 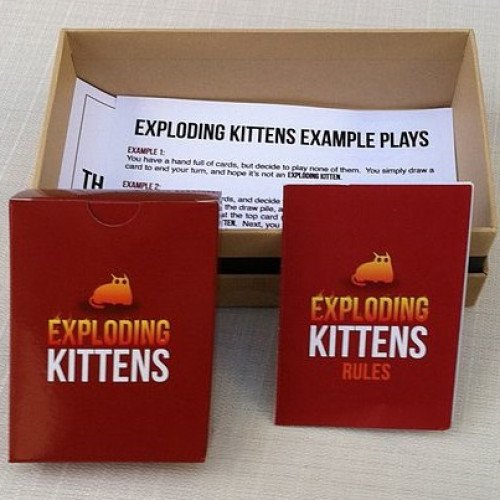 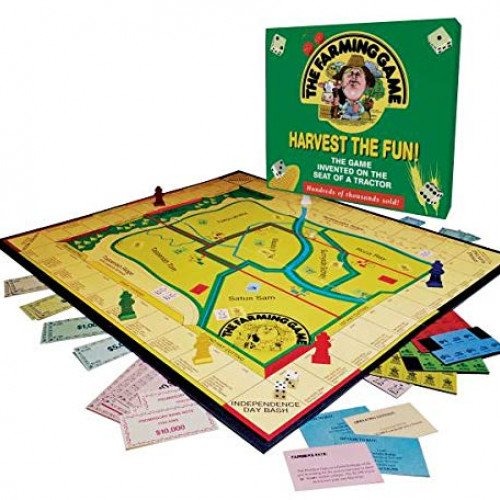 The Farming Game is a board game simulating the economics of a small farm. Published in 1979, it was designed by George Rohrbacher, a rancher in Washington state. The Farming Game painfully reflects the real-life difficulties of running a farm. Also, the names and places in the game are the names of families farming for generations in Yakima Valley and other parts of Central Washington. When Rohrbacher invented the game, it was a desperate time for his failing farm and small family, which is reflected in the difficulty of the game, and the multitude of points taken into consideration in farming that are often left up to chance. It is considered a board game which has educational value. The game sold more than 150,000 copies by 1985, and saved Rohrbacher's farm. By 1995, the estimate of copies sold was 350,000. The game's objective is to raise money by harvesting crops and selling livestock, including hay, fruit, grain, and cattle. This is done by moving around the board using one die. Each trip around the board represents a year of farming, and players can increase their chances of earning more money by planting more crops or raising more livestock, which can be purchased by exercising the option given from an Option to Buy (O.T.B.) card a player has drawn during the course of the game. Elements of the game are intended to reflect aspects of real-life farming. For example, players sometimes encounter Farmer's Fate cards that are either good or bad, similar to the Chance cards found in Monopoly. One such card allows a player to collect $2,000 from every player who has no harvester, if you own one. Another card informs that due to the IRS garnishing your income, you may not collect on any of your harvests for the rest of the year. These cards are intended to reflect the element of chance or luck that is involved in farming, which is the aim of the game.