"DOOM: THE BOARDGAME" vs "ECLIPSE" 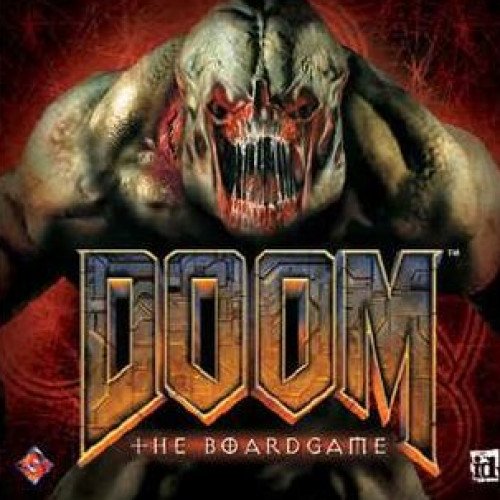 Doom: The Boardgame is an adventure board game for two to four players (two to five in the 2016 edition) designed by Kevin Wilson and published by Fantasy Flight Games in 2004. The game is a based on the Doom series of first-person shooter computer games, though it resembles Doom 3 more than it does the first two Doom video games. An expansion was released for the game in 2005, called Doom: The Boardgame Expansion Set, which adds difficulty levels to the game, new game pieces and updates to some of the original rules, as well rules to play on Deathmatch and Capture the Flag. In 2005, Fantasy Flight released Descent: Journeys in the Dark, which is based on the Doom game. Soon after this, the company ceased production of Doom. Players in Doom: The Boardgame are on one of two teams: the Invaders, and the Marines. All of the Invader pieces are controlled by one player, and the rest of the players each control one marine piece. Before each game begins, the players must choose a scenario to play in. A campaign consisting of five scenarios is included with the game, and many more have been created using freeware scenario editors. The player controlling the Invaders must get six frags to win, and the Marines must reach the exit to win. A "frag" is given to the Invaders if a Marine dies. When a Marine dies, it must respawn at least eight, but no more than sixteen spaces, away from where it was killed. A common opinion is that the game is biased in favor of the Invaders - especially with four players. The designer of the game, Kevin Wilson, claims that he can win equally well no matter which team he is playing. Like many board games, it is common to develop house rules (called "mods" to fit the video game theme) to balance the game to players' liking. 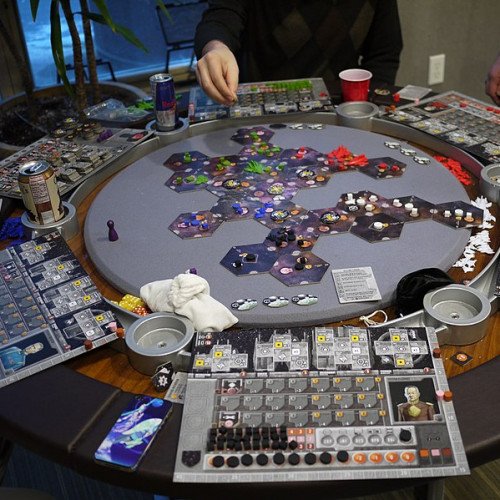 Eclipse: New Dawn for the Galaxy (commonly known as Eclipse) is a strategy board game produced by Lautapelit.fi . It was designed by Touko Tahkokallio and first released in 2011. The game currently has three expansions – Rise of the Ancients, released in 2012, Ship Pack One, released in 2013 and Shadow of the Rift, released in 2015 – and four mini expansions. Eclipse is a 4X strategy game where you must lead your civilization to prevail over the others. Players can choose to play as either a human or alien civilization. On each move, a player takes one of six actions: building, exploring, influencing, moving, researching or upgrading. For example, exploring opens up a new tile in a direction chosen by the exploring player. Each action uses resources (money, materials or science), and resource management is a key part of gameplay. The galaxy is laid out in three rings of hex tiles, most of which get laid during exploration. At the start of play, only the galaxy center tile and tiles for the players' respective home stars are laid. When exploring, a player chooses a tileless space which is accessible from a star the player occupies. The player then draws a new hex tile from a stack of face-down tiles and lays it in the chosen direction. The player may strategically choose which orientation the tile takes, to create links to existing tiles or to block access by other players.