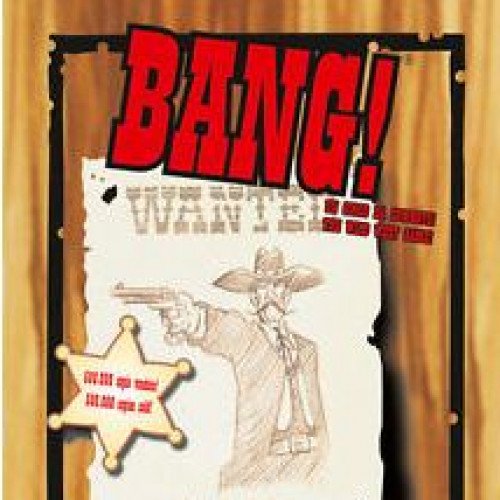 Bang! is a Wild West-themed social deduction card game designed by Emiliano Sciarra and released by Italian publisher DV Giochi in 2002. In 2004, Bang! won the Origins Award for Best Traditional Card Game of 2003 and Best Graphic Design of a Card Game or Expansion. The game is known worldwide as Bang!, except in France, where it was known as Wanted! until September 2009. The game is played by four to seven players (four to eight players with variants and expansions). Each player takes one of the following roles: Sheriff (x1) Deputy Sheriff (x0, x1 or x2) Outlaw (x2 or x3) Renegade (x1, x2 with expansions) Each player also receives a unique character card with special abilities and a certain number of 'bullets' (i.e. life-points). The objective of the game is different for every role: the Outlaws must kill the Sheriff; the Sheriff and his Deputies must kill the Outlaws and the Renegade(s); each Renegade's objective is to be the last character in play. The Renegade(s) must kill all the characters with the sheriff being the last one dead. 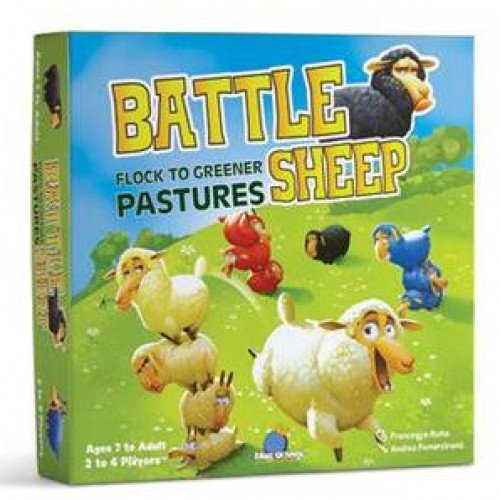 Battle Sheep is a 2010 board game developed by Francesco Rotta. It has been published by Blue Orange Games, HUCH! & friends and Lautapelit.fi. Battle Sheep is a game for two to four players. It is played on a hexagonal grid representing a pasture. The board is made up by connecting four parts of the grid at a random configuration. The board must remain connected but may contain holes. Each player receives sixteen sheep of a specific colour and places them all, in a stack, on any free hexagon at the edge of the board. On a player's turn, the player takes as many sheep from their own stack as they wish (provided that at least one sheep stays in place), and moves them in any direction as far as they can go, until they hit the edge of the board or other sheep. This causes the stacks to divide and the sheep to take up more space on the pasture. The play then proceeds cycling through the players, eventually skipping players who are unable to move any of their sheep. The game ends when none of the players can move, at which point the player whose sheep take up the most space on the board wins.