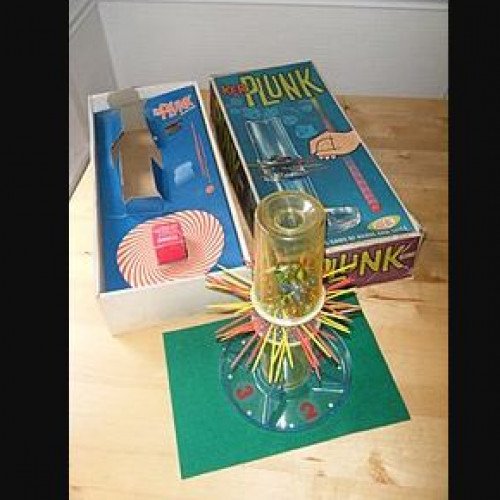 KerPlunk is a children's game invented by Eddy Goldfarb with Rene Soriano and first marketed by the Ideal Toy Company in 1967. The game consists of a transparent plastic tube, plastic rods called straws (normally 26 to 30 in total and of various colours – yellow and red predominantly) and several dozen marbles. The base contains four separate numbered trays and the straws are passed through holes in the middle of the tube to form a lattice. The marbles are then placed in the top of the tube and held in place by the lattice. The onomatopoeic name of the game derives from the sound of the marbles tumbling to the base of the tube during play. At the start of play, the entire tube is rotated so that a hole in the base of the tube is aligned with the active player's tray. Players take turns removing a single straw from the tube while trying to minimize the number of marbles that fall through the web and into their tray. Once a player has committed themselves to a particular straw by touching it, they must remove it. The player who accumulates the fewest dropped marbles wins. 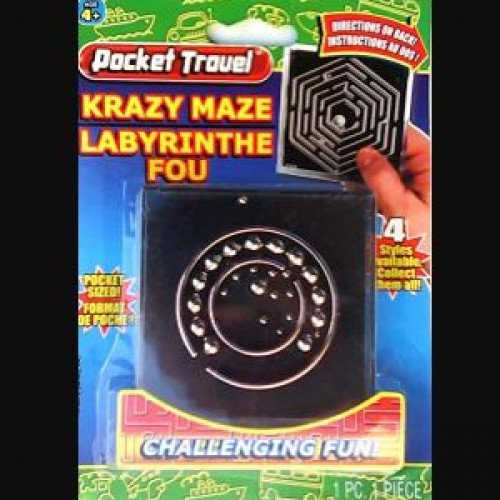 Two separate paths wind through a densely illustrated picturesque landscape. When two players play each takes a separate path. The game came with a spinner, called a "spino", which displayed numbers from 1 to 8. Players take turns spinning and moving their counter the corresponding number of squares. Some squares on each track are marked with a letter of the alphabet. If a counter ends its move on one of these squares a table of instructions, printed on the inside of the lid, is consulted. For example, landing on the "A" square of the left track results in the instruction "Forgotten lunch. Back to start"; landing on the B square results in "Tiger snake on road. Extra spin to get past." The two tracks diverge at square one and rejoin at square 89. Square 90 is the last square. A player must spin the exact number to land on square 90; the first player to do this wins.