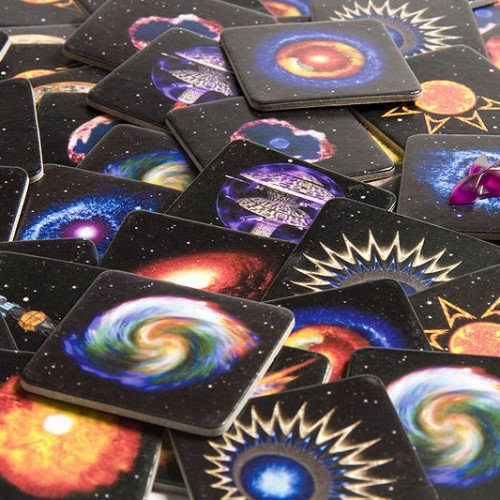 Sector 41 is a board game published by David Long and Michael Lachtanski of Scimitar Games. The game became available for pre-order in February 2009 and was officially released in April 2009. Sector 41 is a turn-based strategy game for two to four players. Game play takes place on a 9×9 grid of face-down tiles, randomly shuffled at the beginning of each game. Players control one mother ship which moves along the edge of the game board. Mother ships can deploy up to three explorer ships onto the face-down grid. Explorer ships are used to discover, mine, and tow deposits of Glynium to their mother ship. According to the game background, Glynium is an unstable power source only found in this sector. Victory is achieved when one player has mined more Glynium than any other player could match. In the case of a tie, the first person to reach that score is declared the victor. Sector 41 was developed from a compilation of game concepts developed by David Long and Michael Lachtanski, the earliest of which go back to the mid-1990s. The name itself is an homage to the popular Area 51 science fiction theme. Play testing began in late 2007 and lasted until production began in late fall of 2008. The face-down tile set up was conceived of to emulate the fog of war mechanism, popular in many computer games. The developers also encourage players to strategically manipulate the board layout for offensive and defensive purposes through the process of "folding space". This game mechanism was inspired by the Dune novels. The lengthy play time in the initial play testing lead developers to create the Guardian figure. The Guardian, described below, acts as a mechanism for rewarding exploration, expansion, and reduced play time dramatically. Additional rules for modifying the Guardian's role in gameplay are available on the Scimitar Games website. Michael Lachtanski designed the game's graphics. Many of the space graphics are based on images from NASA. 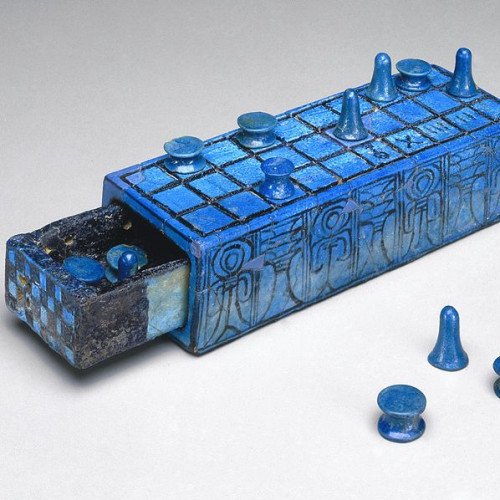 Senet is a board game from ancient Egypt. The earliest representation of senet is dated to c. 2620 BCE from the Mastaba of Hesy-Re, while similar boards and hieroglyphic signs are found even earlier. The game fell out of use following the Roman periodand its original rules are the subject of conjecture. Senet is the oldest known board game. Fragmentary boards that could be senet have been found in First Dynasty burials in Egypt, c. 3100 BCE. The first unequivocal painting of this ancient game is from the Third Dynasty tomb of Hesy (c. 2686–2613 BCE). People are depicted playing senet in a painting in the tomb of Rashepes, as well as from other tombs of the Fifth and Sixth Dynasties (c. 2500 BCE). The oldest intact senet boards date to the Middle Kingdom, but graffiti on Fifth and Sixth Dynasty monuments could date as early as the Old Kingdom. At least by the time of the New Kingdom in Egypt (1550–1077 BCE), senet was conceived as a representation of the journey of the ka (the vital spark) to the afterlife. This connection is made in the Great Game Text, which appears in a number of papyri, as well as the appearance of markings of religious significance on senet boards themselves. The game is also referred to in chapter XVII of the Book of the Dead. A study on a senet board in the Rosicrucian Egyptian Museum, dating back to the early New Kingdom of Egypt, showed the evolution of the game from its secular origins into a more religious artifact. Senet also was played by people in neighboring cultures, and it probably came to those places through trade relationships between Egyptians and local peoples. It has been found in the Levant at sites such as Arad and Byblos, as well as in Cyprus. Because of the local practice of making games out of stone, there are more senet games that have been found in Cyprus than have been found in Egypt.