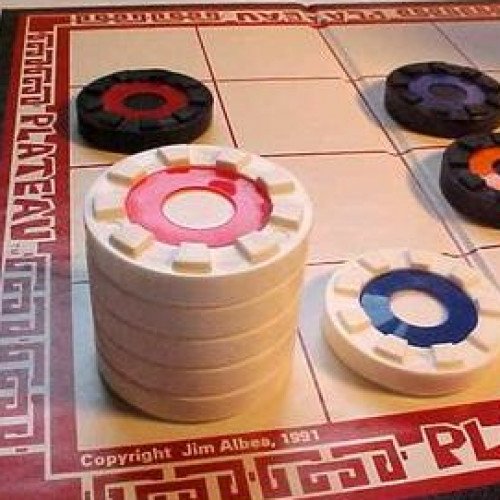 Plateau is a two-player abstract strategy board game invented by Jim Albea. The game was developed over a two-year period culminating in its present form on May 12, 1986. The original name for the game was Pinnacle, but it was discovered that an older board/card game had that name, so around 1989 the name was changed to Plateau. From the 1980s through the 1990s Plateau was played at Science Fiction conventions mostly in the Southeastern United States. From the 1990s to the present, the game is played live at an online game site and via email. In 1997 a computer implementation of the game was created which facilitates email play and has a computer robot. Onboarding is adding one new piece to the play. This new piece can be placed anywhere that doesn't directly harm an opposing piece. For instance, you can onboard to any blank square or on top of any of your own pieces. The majority of Plateau moves are onboards. Instead of Onboarding or Moving, a player can choose to spend his turn exchanging prisoners. Prisoners are exchanged using the point values of the pieces. A simple value-for-value system is used. Since the pieces range in value from 1 point (for the mute) to 21 points (for the Ace) there are usually several combinations and options available for the players. The player initiating the exchange selects the pieces he wishes to exchange. These pieces will all add up to some point value. The responding player then has four options depending on the point values of the prisoners that he holds. 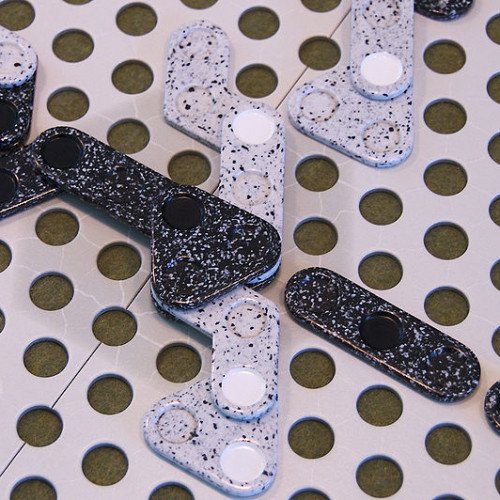 PÜNCT is a two-player strategy board game. It is the sixth (and final) release in the GIPF project of six abstract strategy games, although it is considered the fifth game in the project. It was released in 2005. PÜNCT won the Games Magazine Best Abstract Strategy game for 2007. The PÜNCT board game is one of six games a part of the GIPF project. This project was created by Kris Burm and is a series of six abstract games. PÜNCT is the 5th game of the project and the board of this game is shaped like a hexagon. This game was released in 2005.[citation needed] PÜNCT is a two-player connection game. The objective is to connect two sides of a hexagonal board, using pieces which cover three hexes each. The pieces can be placed, moved, rotated, and stacked in various ways, restricted by the geometry of the board, the shape of the pieces, and gravity. Players can bring new pieces to the board or can attempt to connect the pieces already in play. The objective of the game is to mislead the opponent. When the players take their first turn, they are not able to use the central hexagon. The PÜNCT piece is used as a point of reference throughout the game, but the PÜNCT piece can't be moved when the player is making a move. Minor dots can land on the other player's piece, but the PÜNCT piece may not. In order to make a move, three dots must be in perfect alignment. The pieces that are on top of all of the other pieces have the most power in this game. The dots on the ends of the pieces must be at the same level horizontally to play this game correctly. In order to make a bridge in this game, you must perform a jump move on a piece already on the board. The positions of the dots at the end don't have to be aligned with the middle or stable horizontally. When determining the winner, a player can lift one piece at a time to determine if a connection was made. To connect opposite sides in this game, players can move pieces on top of other pieces or they can stack pieces to block the opponent's connection, ergo, making a connection for themselves. The actual PÜNCT piece, which is a rounded piece that has one point, cannot be used to make a connection or form a “chain” but rather used as a point of reference.