"SENTINELS OF THE MULTIVERSE" vs "SQUATTER" 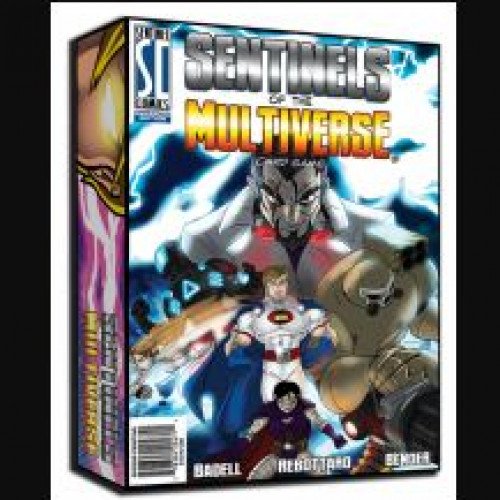 SENTINELS OF THE MULTIVERSE

Sentinels of the Multiverse is a cooperative card game published by Greater Than Games and released at Gen Con 2011. Players control a team of comic book-style heroes battling a villain. Each player controls one or more heroes, while a villain and environment deck each run themselves. A given game includes 3 to 5 heroes, 1 villain and 1 environment, which can be mixed and matched to create a number of different scenarios. The core game comes with 10 heroes, 4 villains, and 4 environments. Hero decks include (usually) one card that represents the hero. It gives the hero's initial hit points and a power they may use. If the hero loses all of their hit points, the hero card is flipped over and the hero cannot play any cards or use any powers, but instead has three incapacitated abilities that can be used for the hero to continue to help their allies. Hero decks also contain forty other cards representing ongoing abilities, equipment, and one-shots that can be played. The heros lose the game when all of them are incapacitated. Villain decks also include (usually) one card representing the villain. This card includes their starting hit points, rules for setting up the villain at the start of the game, abilities they take each turn, and a mechanism by which the card may be flipped over. The flipped version of the villain card represents another phase of the fight. Each villain has different flip mechanics. Villain decks also contain twenty-five other cards with one-shots, ongoings, minions, devices, and other types of cards that might be put into play. Villains are generally defeated when reduced to zero or fewer hit points, but may also have other win and/or lose conditions. 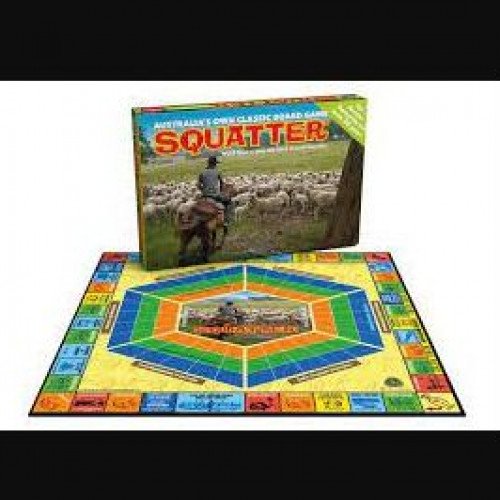 Squatter is a board game that was launched at the Royal Melbourne Show in 1962, invented by Robert (Bob) Crofton Lloyd. With more than 500,000 games sold in Australia by 2007, it became the most successful board game ever developed in Australia. As of 2018 there are still Squatter competitions and active Squatter clubs. In 1999, a version became available on PC CD-ROM. However the PC version was not commercially successful and is no longer available. Superficially, Squatter has the appearance of a Monopoly-type game. However, unlike Monopoly, all players remain in the game until the end. Players each start the game with their own sheep station and aim to be the first player to improve and irrigate their pastures and then fully stock their sheep station. Players run their sheep station as a business venture, to earn enough money to pay for the seasonal running expenses and to finance the improvements that are required to win the game. The Squatter game presents players with a mixture of strategy and luck that reflects the many challenges facing any form of livestock raising. These challenges include droughts, floods and bushfires, as well as disease, variable livestock prices, and luck.