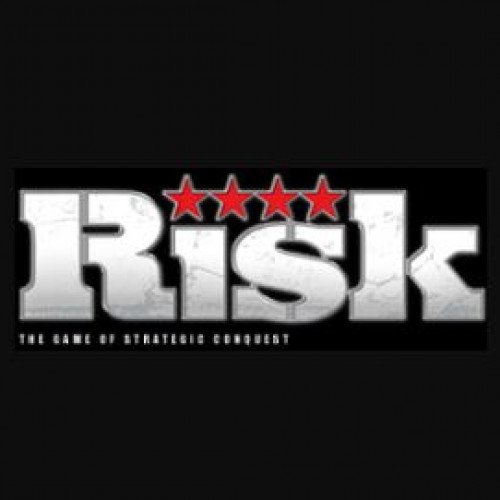 Risk is a strategy board game of diplomacy, conflict and conquest for two to six players. The standard version is played on a board depicting a political map of the world, divided into forty-two territories, which are grouped into six continents. Turns rotate among players who control armies of playing pieces with which they attempt to capture territories from other players, with results determined by dice rolls. Players may form and dissolve alliances during the course of the game. The goal of the game is to occupy every territory on the board and, in doing so, eliminate the other players. The game can be lengthy, requiring several hours to multiple days to finish. European versions are structured so that each player has a limited "secret mission" objective that shortens the game. Risk was invented in 1957 by Albert Lamorisse, a French filmmaker, and it became one of the most popular board games in history, inspiring other popular games such as Axis & Allies and Settlers of Catan. The simple rules but complex interactions make it appealing to adults as well as children and families. It is still in production by Hasbro with numerous editions and variants with popular media themes and different rules including PC software versions, video games, and mobile apps. 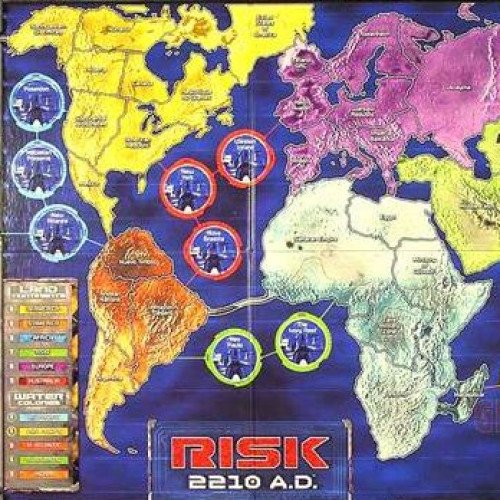 Risk 2210 A.D. is a 2–5 player board game by Avalon Hill that is a futuristic variant of the classic board game Risk. Risk 2210 A.D. was designed by Rob Daviau and Craig Van Ness and first released in 2001. In 2002, it won the Origins Award for "Best Science Fiction or Fantasy Board Game of 2001. Before the game, 4 cards are randomly selected from the land territory deck. Each of the 4 territory cards drawn will have a "devastation marker" placed on its corresponding territory on the earth game board. These territories are impassable for the rest of the game. Each player is allocated 3 energy chips before the game begins. The number of armies allocated to each player and the process of claiming territories is identical to the Standard Risk board game, but the armies are called MODs; therefore, number of MODs allocated to each player at the beginning of the game depends on the number of players. If three people are playing, each player counts out 35 MODs; four players, 30 MODs; five players, 25 MODs. Players then take turns claiming land territories by placing a 1.0 MOD on an unoccupied land territory until all the land territories are occupied. Players then take turns placing their remaining armies on their claimed land territories. Following MOD placement, each player places a space station, a land commander, and a diplomat on any of their claimed territories. Water and Lunar territories may not be claimed at the beginning of the game. Devastated land territories can not be claimed or occupied at any point during the game.