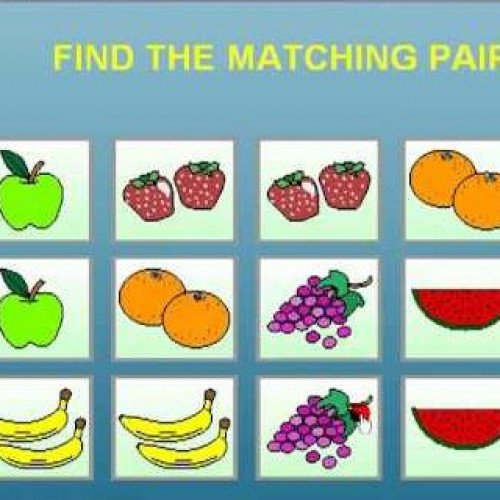 Matching games are games that require players to match similar elements. Participants need to find a match for a word, picture, or card. For example, students place 30 word cards; composed of 15 pairs, face down in random order. Each person turns over two cards at a time, with the goal of turning over a matching pair, by using their memory. Most matching games are objective, with correct answers in the rules for what counts as a match, pair, etc. Some however, like Dixit or Apples to Apples, are about subjective matches picked by one or more judge players. Here the correlation between a match holds value only as other players decide it, but rules dictate who will make those decisions and when. 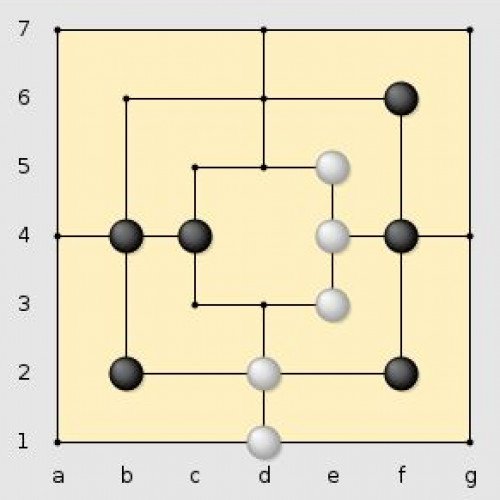 Nine men's morris is a strategy board game for two players dating at least to the Roman Empire. The game is also known as nine-man morris, mill, mills, the mill game, merels, merrills, merelles, marelles, morelles, and ninepenny marl in English. The game has also been called cowboy checkers and is sometimes printed on the back of checkerboards. Nine men's morris is a solved game, that is, a game whose optimal strategy has been calculated. It has been shown that with perfect play from both players, the game results in a draw. The Latin word merellus means 'gamepiece', which may have been corrupted in English to 'morris', while miles is Latin for soldier. Three main alternative variations of the game are three, six, and twelve men's morris. The board consists of a grid with twenty-four intersections or points. Each player has nine pieces, or "men", usually coloured black and white. Players try to form 'mills'—three of their own men lined horizontally or vertically—allowing a player to remove an opponent's man from the game. A player wins by reducing the opponent to two pieces (where they could no longer form mills and thus be unable to win), or by leaving them without a legal move. The game begins with an empty board. The players determine who plays first, then take turns placing their men one per play on empty points. If a player is able to place three of their pieces on contiguous points in a straight line, vertically or horizontally, they have formed a mill and may remove one of their opponent's pieces from the board and the game, with the caveat that a piece in an opponent's mill can only be removed if no other pieces are available. After all men have been placed, phase two begins.