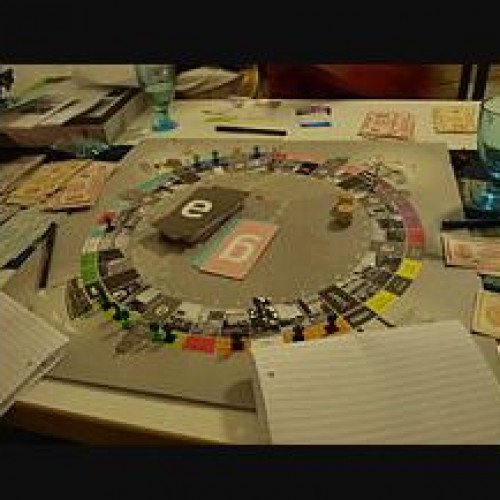 København is a board game by the company We Are Sailing. København is a direct spin-off from the classic board game Monopoly by Parker Brothers. The game is set in the city of Copenhagen, Denmark and uses the Danish krone as currency, with each player getting a starting sum of 25 thousand DKK. The game retains most of the basic rules of Monopoly, with some changes. The main change is that when a player lands on an unclaimed property, he/she has three chances: Leave the property unclaimed. This costs the player a penalty of 500 DKK. Hold a public auction. This awards the player a prize of 500 DKK, and the auction proceeds with the player landing on the property making a bid (which can be lower than the property's value), and incremental bids proceeding among the players until only one player is left in the auction. This player must then buy the property. Hold a closed auction. This awards the player a prize of 500 DKK, and the auction proceeds with each player writing down a bid in secret (this can again be lower than the property's value). The players then reveal their bids, and the highest bidder must buy the property. In København, players build Internet connections, parks and wind turbines instead of houses and hotels. A property starts with an Internet connection, which can later be joined with a park, and finally with a wind turbine. Copenhagen Airport randomly deals out penalties (for pleasure trips) or prizes (for business trips), and Freetown Christiania replaces the jail. There is also only one "chance" category instead of two. 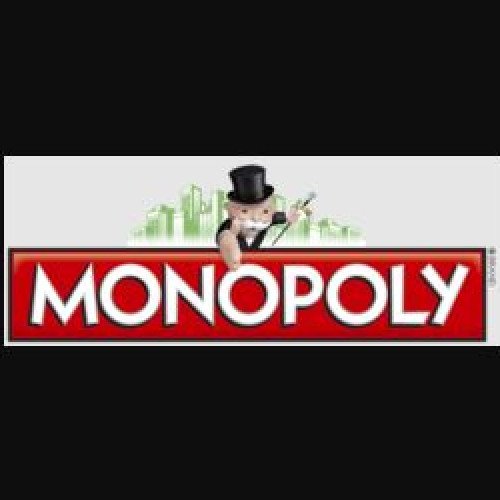 Monopoly is a board game currently published by Hasbro. In the game, players roll two six-sided dice to move around the game board, buying and trading properties, and developing them with houses and hotels. Players collect rent from their opponents, with the goal being to drive them into bankruptcy. Money can also be gained or lost through Chance and Community Chest cards, and tax squares; players can end up in jail, from which they cannot move until they have met one of several conditions. The game has numerous house rules, and hundreds of different editions exist, as well as many spin-offs and related media. Monopoly has become a part of international popular culture, having been licensed locally in more than 103 countries and printed in more than 37 languages. Monopoly is derived from The Landlord's Game created by Lizzie Magie in the United States in 1903 as a way to demonstrate that an economy that rewards wealth creation is better than one where monopolists work under few constraints, and to promote the economic theories of Henry George—in particular his ideas about taxation. The Landlord's Game had two sets of rules originally, one with taxation and another one mainly based on current rules. When Monopoly was first published by Parker Brothers in 1935, it did not include the less capitalistic taxation rule, which resulted in a more competitive game. Parker Brothers was eventually absorbed into Hasbro in 1991. The game is named after the economic concept of monopoly—the domination of a market by a single entity.