"GLASNOST THE GAME" vs "HOTEL" 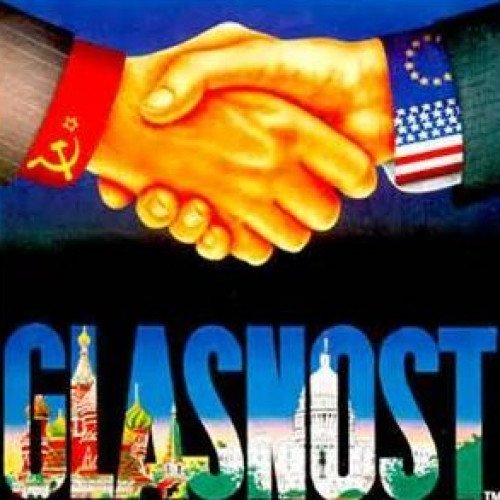 Glasnost The Game is a strategic board game, produced by the Cypriot company YL Games. It was invented in 1989 by neuroscientist Yiannis Laouris, with help and inspiration from his daughter Romina, and his friend George Vakanas in Tucson, Arizona. Glasnost The Game is a turn-based game for ideally four players. It is played on a board depicting a partly modified political map of the Earth, divided into territories, which are grouped into seven continents. The continents are surrounded by a path along which the token-ships of the players move. The Players move their tokens with the classical throw of dice. Players attempt to colonize bordering territories from other players. Once a player owns a territory, they may construct industries. In every round, their industries produce weapons for new armies, which eventually facilitate a player’s ability to make war and conquer new territories (again with the throw of dice). At any time, a player may unilaterally disarm any country that belongs to them. The winner is the player who has the most points when the whole world is disarmed. 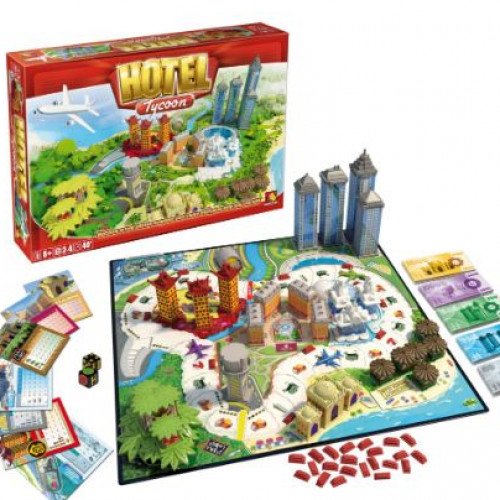 Hotel (known as Hotels in North America) is a dimensional real estate game created by Milton Bradley in 1986. It is similar to Square Mile and Prize Property. In Hotel the players build resort hotels and attempt to drive their competitors into bankruptcy. It was re-released by Asmodee in 2014 as Hotel Tycoon (or Hotel Deluxe in some countries), but is now out of print again. Players take turns moving around the board. Each square on the board is adjacent to one or two hotel properties. Most of the squares are either purchase squares or building squares. Whenever a player lands on a purchase square which is adjacent to an unowned property they may buy that property by paying the purchase price. Once they own a property they may attempt to build on it whenever they land on a building square. A special dice is rolled to determine if permission to build is granted or denied. If it is denied the player must wait for a later turn.