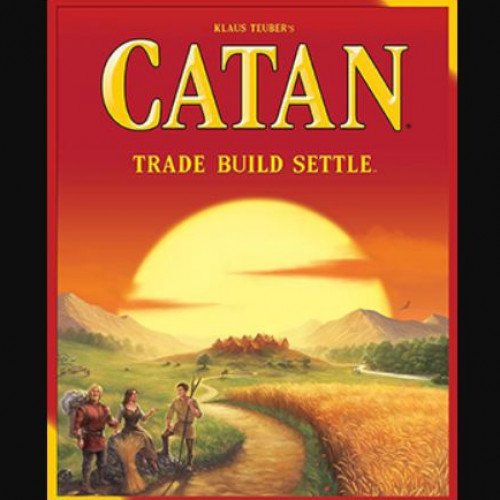 Catan, previously known as The Settlers of Catan or simply Settlers, is a multiplayer board game designed by Klaus Teuber. It was first published in 1995 in Germany by Franckh-Kosmos Verlag (Kosmos) as Die Siedler von Catan. Players take on the roles of settlers, each attempting to build and develop holdings while trading and acquiring resources. Players gain points as their settlements grow; the first to reach a set number of points, typically 10, wins. The game and its many expansions are also published by Catan Studio, Filosofia, GP, Inc., 999 Games, Κάισσα, and Devir. The Settlers of Catan became one of the first German-style board games to achieve popularity outside Europe. As of 2015, more than 22 million copies in 30 languages had been sold. The players in the game represent settlers establishing settlements on the island of Catan. Players build settlements, cities, and roads to connect them as they settle the island. The game board, which represents the island, is composed of hexagonal tiles (hexes) of different land types, which are laid out randomly at the beginning of each game. Newer editions of the game began to depict a fixed layout in their manual, which has been proven by computer simulations to be fairly even-handed, and recommend this to be used by beginners. In 2016, editions of the game were released with a conventional fixed layout board in this configuration, the hexes of which cannot be rearranged. 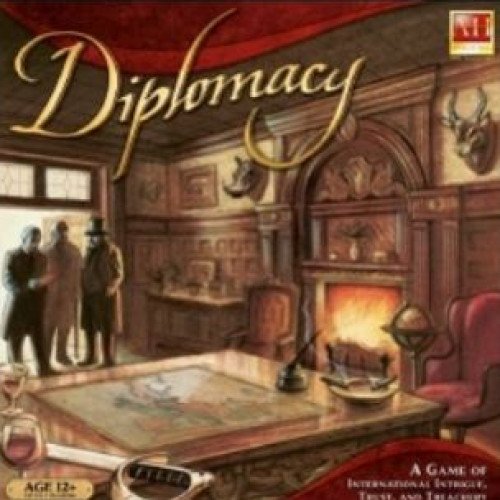 Diplomacy is an American strategic board game created by Allan B. Calhamer in 1954 and released commercially in the United States in 1959. Its main distinctions from most board wargames are its negotiation phases (players spend much of their time forming and betraying alliances with other players and forming beneficial strategies) and the absence of dice and other game elements that produce random effects. Set in Europe in the years leading to the Great War, Diplomacy is played by two to seven players, each controlling the armed forces of a major European power (or, with fewer players, multiple powers). Each player aims to move their few starting units and defeat those of others to win possession of a majority of strategic cities and provinces marked as "supply centers" on the map; these supply centers allow players who control them to produce more units. Following each round of player negotiations, each player can issue attack and support orders, which are then executed during the movement phase. A player takes control of a province when the number of provinces that are given orders to support the attacking province exceeds the number of provinces given orders to support the defending province.