"HARE AND HOUNDS" vs "HOUNDS AND JACKALS" 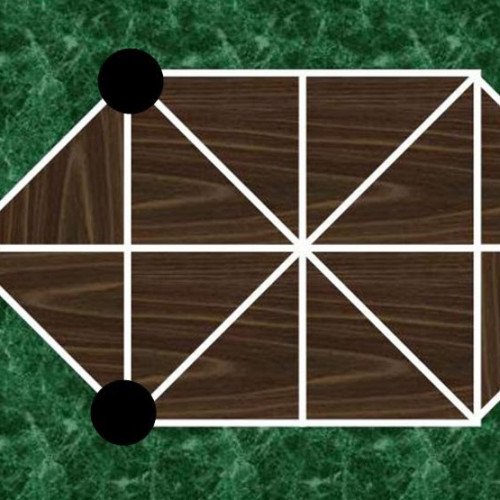 Hare games are two-player abstract strategy board games that were popular in medieval northern Europe up until the 19th century. In this game, a hare is trying to get past three dogs who are trying to surround it and trap it. The three dogs are represented by three pieces which normally start on one end of the board, and the hare is represented by one piece that usually starts in the middle of the board or is dropped on any vacant point in the beginning of the game. Hare games are similar to Bear games and hunt games. One side has more pieces than the other with the larger side attempting to hem in the smaller side. The smaller side though is usually compensated with more powers. Where Hare games differ is that the hounds can only move forward or sideways, and not backwards. The hunters in the Bear games can move in all directions. Furthermore, the dog in the Hare games cannot capture any of the hares, unlike the tigers, leopards, jaguars, and foxes in the hunt games which can capture their respective prey counterparts. There are several different Hare game boards depending upon the country of origin. Many preferred the narrow double-ended spearhead-like boards with orthogonal and diagonal lines running through them. There were several variations on this design. However, one in Denmark used a round board, and another design is found in Latvia. Hare games are referred to by different names. In 19th century France, a hare game that was popular among the military was called The Soldiers' Game. The dog is sometimes referred to as a hound, and hence the alternative title to this game as Hare and hounds. Other names are French Military Game, Game of Dwarfs, The Devil among tailors, and Trevolpa or Volpalejden . As the rules of the game are simple to program, there are many electronic implementations of the game. The second link below allows you to play this game. In this computer game, the hares and hounds are reversed. Instead, it is the hounds attempting to surround and immobilize the hare. 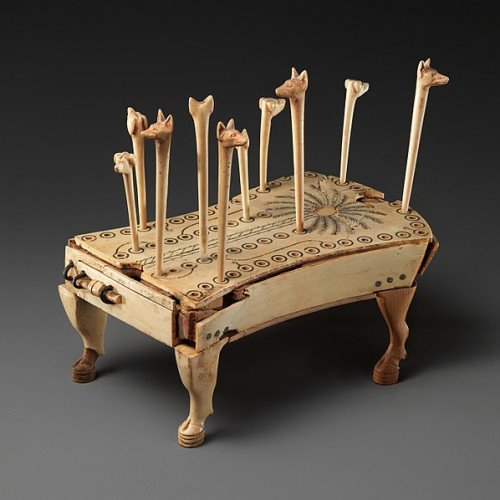 Hounds and jackals is the modern name given to an ancient Egyptian game that is known from several examples of gaming boards and gaming pieces found in excavations. The modern name was invented by Howard Carter, who found one complete gaming set in a Theban tomb of ancient Egyptian pharaoh Amenemhat IV that dates to the 12th Dynasty. The latter game set is one of the best preserved examples and is today in the Metropolitan Museum of Art in New York. He called it Hounds contra Jackals. Another, less often used modern name is fifty-eight holes. The gaming board has two sets of 29 holes. Gaming pieces are ten small sticks with either jackal or dog heads. The game appeared in Egypt, around 2000 BC and was mainly popular in the Middle Kingdom. In the 1956 movie The Ten Commandments, Pharaoh Seti (Cedric Hardwicke) and Nefretiri (Anne Baxter) are shown playing the game. Hounds and Jackals, also known as 58 Holes, is a well-known Bronze Age board game which was invented in Ancient Egypt 4,000 years ago. Hounds and Jackals appeared in Egypt, around 2000 BC and was mainly popular in the Middle Kingdom. William Mathew Flinders Petrie initially discovered the game and published about it in 1890. More than 40 examples of the game have been revealed in Egypt, Mesopotamia, Israel, Syria, Iran, Azerbaijan, around the Levant and Mediterranean since that time. Sticks were made of expensive materials such as ivory, silver and gold based on the findings at some of the archaeological sites. Wood was also used in the preparation of ordinary pegs, but such examples would not have survived. The complete set of this Egyptian game discovered in 1910 by the British archaeologist Howard Carter is now displayed in the Metropolitan Museum of Art in New York.