"GAME OF THE GENERALS" vs "GO" 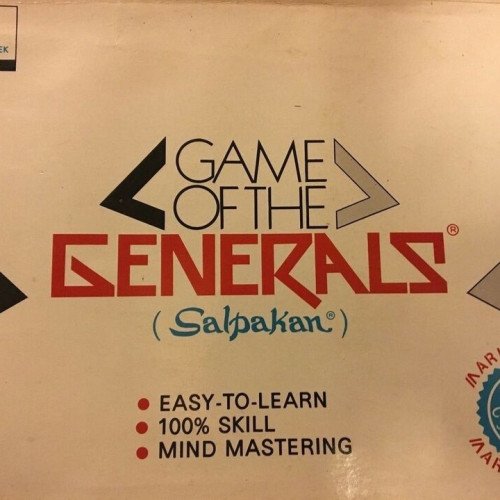 GAME OF THE GENERALS

The Game of the Generals, also called GG or GOG as it is most fondly called, or simply The Generals, is an educational war game invented in the Philippines by Sofronio H. Pasola Jr. in 1970. Its Filipino name is "Salpakan." It can be played within twenty to thirty minutes. It is designed for two players, each controlling an army, and a neutral arbiter (sometimes called a referee or an adjutant) to decide the results of "challenges" between opposing playing pieces, that like playing cards, have their identities hidden from the opponent. The game simulates armies at war trying to overpower, misinform, outflank, outmaneuver, and destroy each other. It optimizes the use of logic, memory, and spatial skills. It simulates the "fog of war" because the identities of the opposing pieces are hidden from each player and can only be guessed at by their location, movements, or from the results of challenges. The game allows only one side's plan to succeed, although a player may change plans during the course of the game. In addition, there are two different ways of winning the game (see below). Certain strategies and tactics, however, allow both sides the chance of securing a better idea of the other's plan as the game progresses. Players can also speak or gesture to their opponents during matches, hoping to create a false impression about the identity of their pieces or their overall strategy. This game was invented by Sofronio H. Pasola, Jr. with the inspiration of his son Ronnie Pasola. The Pasolas first tried the Game of the Generals on a chessboard. Even then, the pieces had no particular arrangement. There were no spies in the experimental game; but after Ronnie Pasola remembered the James Bond movies and Mata Hari, he added the Spies. Making the pieces hidden was the idea of the Pasolas after remembering card games. The Game of the Generals' public introduction was on February 28, 1973. After the game was made, it angered many Filipino chess players thinking that Pasola was trying to denigrate or supplant chess. 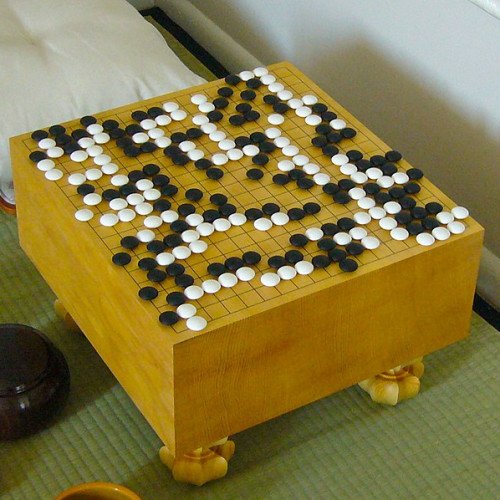 Go is an abstract strategy board game for two players in which the aim is to surround more territory than the opponent. The game was invented in China more than 2,500 years ago and is believed to be the oldest board game continuously played to the present day. A 2016 survey by the International Go Federation's 75 member nations found that there are over 46 million people worldwide who know how to play Go and over 20 million current players, the majority of whom live in East Asia. The playing pieces are called stones. One player uses the white stones and the other, black. The players take turns placing the stones on the vacant intersections (points) of a board. Once placed on the board, stones may not be moved, but stones are removed from the board if the stone (or group of stones) is surrounded by opposing stones on all orthogonally-adjacent points, in which case the stone is captured. The game proceeds until neither player wishes to make another move. When a game concludes, the winner is determined by counting each player's surrounded territory along with captured stones and komi (points added to the score of the player with the white stones as compensation for playing second). Games may also be terminated by resignation. The standard Go board has a 19×19 grid of lines, containing 361 points. Beginners often play on smaller 9×9 and 13×13 boards, and archaeological evidence shows that the game was played in earlier centuries on a board with a 17×17 grid. However, boards with a 19×19 grid had become standard by the time the game reached Korea in the 5th century CE and Japan in the 7th century CE. Go was considered one of the four essential arts of the cultured aristocratic Chinese scholars in antiquity. The earliest written reference to the game is generally recognized as the historical annal Zuo Zhuan (c. 4th century BCE). Despite its relatively simple rules, Go is extremely complex. Compared to chess, Go has both a larger board with more scope for play and longer games and, on average, many more alternatives to consider per move. The number of legal board positions in Go has been calculated to be approximately 2.1 × 10170, which is vastly greater than the number of atoms in the known, observable universe, estimated to be about 1 × 1080.