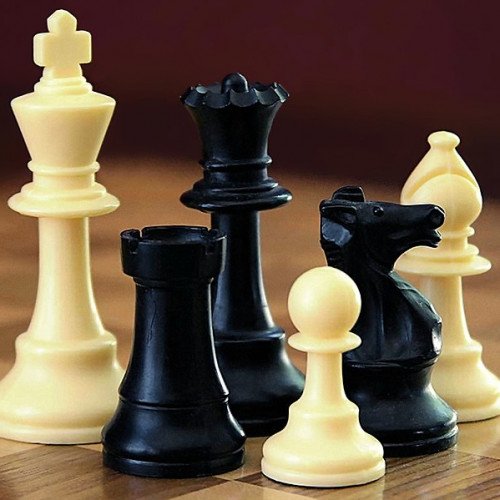 Chess is a recreational and competitive board game played between two players. It is sometimes called Western or international chess to distinguish it from related games such as xiangqi. The current form of the game emerged in Southern Europe during the second half of the 15th century after evolving from similar, much older games of Indian and Persian origin. Today, chess is one of the world's most popular games, played by millions of people worldwide at home, in clubs, online, by correspondence, and in tournaments. Chess is an abstract strategy game and involves no hidden information. It is played on a square chessboard with 64 squares arranged in an eight-by-eight grid. At the start, each player (one controlling the white pieces, the other controlling the black pieces) controls sixteen pieces: one king, one queen, two rooks, two knights, two bishops, and eight pawns. The object of the game is to checkmate the opponent's king, whereby the king is under immediate attack (in "check") and there is no way to remove it from attack on the next move. There are also several ways a game can end in a draw. Organized chess arose in the 19th century. Chess competition today is governed internationally by FIDE (International Chess Federation). The first universally recognized World Chess Champion, Wilhelm Steinitz, claimed his title in 1886; Magnus Carlsen is the current World Champion. A huge body of chess theory has developed since the game's inception. Aspects of art are found in chess composition; and chess in its turn influenced Western culture and art and has connections with other fields such as mathematics, computer science, and psychology. One of the goals of early computer scientists was to create a chess-playing machine. In 1997, Deep Blue became the first computer to beat the reigning World Champion in a match when it defeated Garry Kasparov. Today's chess engines are significantly stronger than even the best human players, and have deeply influenced the development of chess theory. 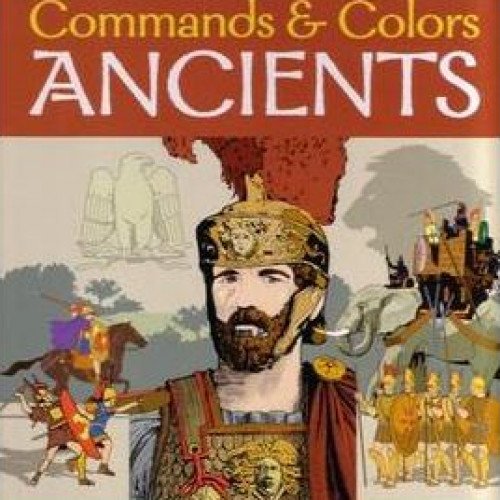 Commands & Colors: Ancients is a board wargame designed by Richard Borg, Pat Kurivial, and Roy Grider, and published by GMT Games in 2006. It is based on Borg's Commands & Colors system using some elements similar to his other games such as Commands & Colours: Napoleonics, The Great War, Memoir '44 and Battle Cry designed to simulate the "fog of war" and uncertainty encountered on real battlefields. Commands & Colors: Ancients focuses on the historic period of 3000 BC - 400 AD. The core game includes several hundred wood blocks in two colors for the Roman/Syracusan armies and Carthaginian army. Sheets of stickers representing different unit types must be affixed to the blocks prior to initial play. 16 small wooden blocks representing "victory banners" and 7 larger plastic dice must also have stickers applied. Extra stickers are included for use as replacements. The game also contains a full-color rule book, color scenario book, and two color two-page double-sided "cheat sheets" for players to reference during play for dice results and unit statistics. The board is folded card stock laid flat for play. Hexagonal terrain pieces are laid on the board when called for by a scenario. A deck of command cards is included. Units are arranged on the board according to maps and scenario descriptions in the scenario book. Players are dealt a number of command cards equal to their "command value" for the chosen scenario. Often players have different command values and therefore different numbers of cards. Players take turns playing their cards to "order" units, generally allowing the ordered units to move and conduct combat. Cards often refer to a section of the battlefield, either left, center, or right, or some combination of these. There are also many special cards that allow very specific actions. Play continues until one player earns the requisite number of victory banners for the scenario. Victory banners are earned each time a player completely eliminates an enemy unit or leader.