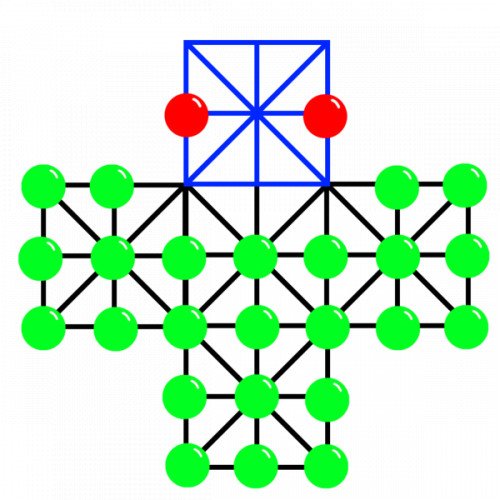 Asalto, also known as the Assault Game, German Tactics or Officers and Sepoys, is a board game for two players in which one player, playing as the officers, attempts to defend a fortress from their opponent's invading rebels. The game is a variant on the Fox and Geese theme, and is commonly played in Germany, France, and England. Asalto is an asymmetric game in which the players take on two very different roles: the rebels and the officers. The rebels' objective is to capture the two officers, surround them so that they cannot move, or occupy all of the points within the "fortress". The officers' objective is to capture enough rebels that these tasks become impossible. Asalto is played on a grid of 33 intersection points in the shape of a cross, with a specially denoted arm known as the fortress at the top of the board. The total number of pieces in an Asalto game is 26, composed of 24 rebels and two officers. Before play begins, the rebels are arranged so that they sit on the 24 intersection points outside the fortress, while the officers may be arranged at the player's discretion inside the fortress. The game begins once the rebel player takes the first turn. 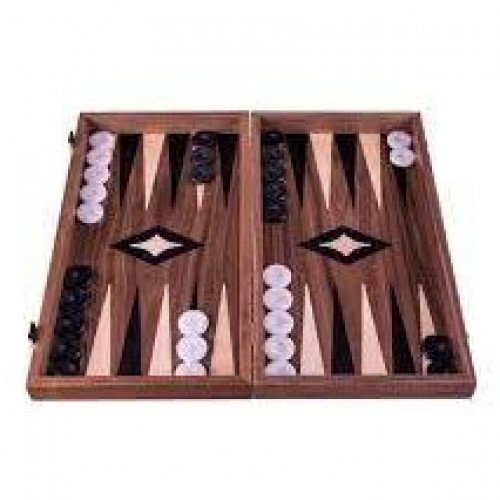 Backgammon is one of the oldest known board games. Its history can be traced back nearly 5,000 years to archaeological discoveries in Mesopotamia. It is a two-player game where each player has fifteen pieces (checkers or men) that move between twenty-four triangles (points) according to the roll of two dice. The objective of the game is to be first to bear off, i.e. move all fifteen checkers off the board. Backgammon is a member of the tables family, one of the oldest classes of board games. Backgammon involves a combination of strategy and luck (from rolling dice). While the dice may determine the outcome of a single game, the better player will accumulate the better record over a series of many games. With each roll of the dice, players must choose from numerous options for moving their checkers and anticipate possible counter-moves by the opponent. The optional use of a doubling cube allows players to raise the stakes during the game. Like chess, backgammon has been studied with great interest by computer scientists. Owing to this research, backgammon software such as TD-Gammon has been developed that is capable of beating world-class human players.