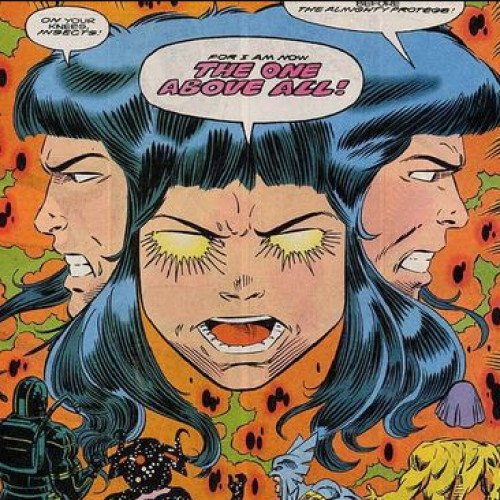 Protege asserts itself as the number one most powerful cosmic character in the Marvel Universe by raw potential alone. It is a child-like god and possesses the ability to mimic any other entity in existence. Even the One-Above-All and the Living Tribunal. The latter couldn't defeat Protege, with the entity eventually claiming to have become the new One-Above-All. The Living Tribunal eventually absorbed Protege to prevent further destruction. Despite this, Eternity declared that in time Protege wouldn't have to mimic anymore and would gain One-Above-All omnipotence. The Living Tribunal has said in the past that all realities rest on the shoulders of Protege. 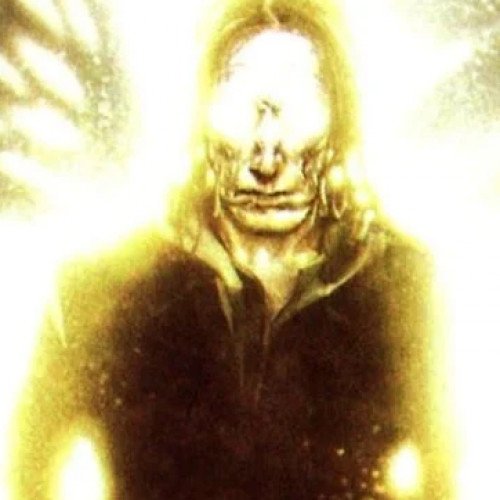 The only superior to The Living Tribunal in the cosmic hierarchy, the One-Above-All is considered the God of the Marvel multiverse. It created all life in the multiverse. The One-Above-All is omnipotent in every sense and capable of rendering the universe's matter into whichever way it deems necessary. It is the one entity that resides atop all others and even removed the power of the Infinity Gauntlet for some time. Until the Living Tribunal was killed by Master Order and Lord Chaos. The-One-Above-All has manifested itself in physical form before, taking on the appearance of a homeless man to counsel a grieving Peter Parker.