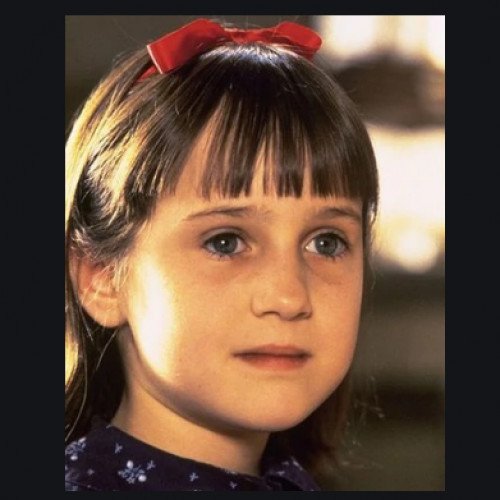 Matilda and Harry were both significant parts of my childhood, in that I’d spend hours watching those movies from the floor of the living room while I knocked back thirty tiny boxes of raisins. But it really never occurred to me that their stories had so many parallels until a couple of weeks ago when I stumbled upon the frame of Matilda playing telekinetic 52-pick up (above). It looked just like the scene in Sorcerer’s Stone where the Dursleys’ living room gets hit with a locust plague of Hogwarts letter duplicates. Matilda has a great work ethic and is wise beyond her years, while Harry doesn’t give a rat’s ass about learning (which, why) and is a little angstier than I’d have liked, but I do wonder if J.K. Rowling borrowed some of Harry’s story from Roald Dahl. Let’s explore. Magic. They both realize something’s *up* before they’re eleven. The difference is that Matilda’s telekinesis develops because she’s not being challenged enough in school, whereas Harry gets his magic handed to him on a silver platter. This is incidentally a metaphor for society’s problems at large. Home situations. Matilda’s family is slimy and insane, Harry’s adopted family lock him in a closet for the majority of his childhood, and each has a brother at whom I’d love to slingshot frozen grapes. Mr. Wormwood bears an uncanny resemblance to Mr. Dursley. Both bear an uncanny resemblance to Mr. Potato Head. School is the escape from their daily purgatories, though both encounter major obstacles there, including, but not limited to: mutant snakes, impostors, professional educators with vendettas, torture chambers, and math. Even though Harry seems to never check his privilege of receiving free, private education with a seemingly 10:1 student-teacher ratio, school empowers both characters. Trunchbull and Umbridge. Both are out to get our protagonists for things their parents did, e.g., birthing them. I’m not sure what’s worse—Umbridge forcing Harry to carve I must not tell lies into his own flesh, or The Trunchbull locking first-graders in a closet full of shrapnel. Each woman possesses a stable of life skills that would’ve been put to better use at a correctional facility, but a story crumbles without the plot device of unbelievable misery, I guess. Fairy godmothers. Ms. Honey and Sirius are definitely the only characters that kept ten-year-old me from crying into tiny raisin boxes. They’re the role models, the mentors, and the ones who keep these kids from boiling over as they navigate (pre-)adolescence. Only (spoiler alert), one of them dies, leaving a dog-shaped void in my stone cold heart. Good vs. Evil. Evil is omnipresent in both of their lives—in Matilda’s, it’s her authority figures; in Harry’s, it’s his authority figures and also prophesied archenemy who seeks to destroy him over the course of seventeen years. Both are successful in purging their lives of the evil, though I honestly think Matilda worked a lot harder for it. 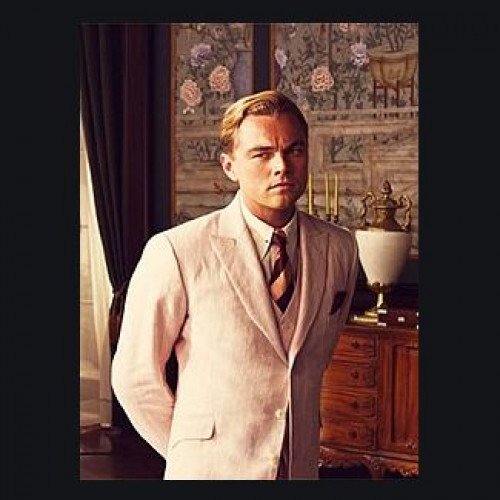 The title character of The Great Gatsby is a young man, around thirty years old, who rose from an impoverished childhood in rural North Dakota to become fabulously wealthy. However, he achieved this lofty goal by participating in organized crime, including distributing illegal alcohol and trading in stolen securities. From his early youth, Gatsby despised poverty and longed for wealth and sophistication—he dropped out of St. Olaf College after only two weeks because he could not bear the janitorial job with which he was paying his tuition. Though Gatsby has always wanted to be rich, his main motivation in acquiring his fortune was his love for Daisy Buchanan, whom he met as a young military officer in Louisville before leaving to fight in World War I in 1917. Gatsby immediately fell in love with Daisy’s aura of luxury, grace, and charm, and lied to her about his own background in order to convince her that he was good enough for her. Daisy promised to wait for him when he left for the war, but married Tom Buchanan in 1919, while Gatsby was studying at Oxford after the war in an attempt to gain an education. From that moment on, Gatsby dedicated himself to winning Daisy back, and his acquisition of millions of dollars, his purchase of a gaudy mansion on West Egg, and his lavish weekly parties are all merely means to that end.