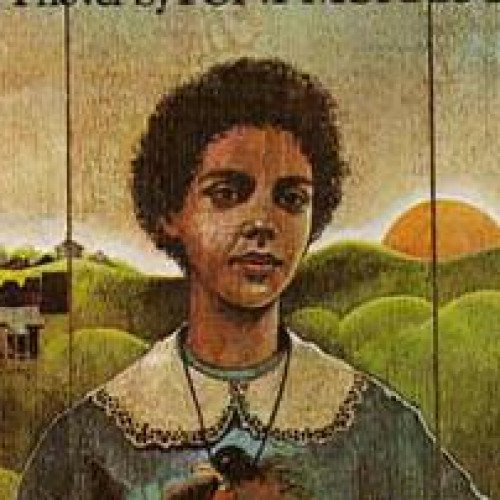 The Bottom is a mostly black community in Ohio, situated in the hills above the mostly white, wealthier community of Medallion. The Bottom first became a community when a master gave it to his former slave. This "gift" was in fact a trick: the master gave the former slave a poor stretch of hilly land, convincing the slave the land was worthwhile by claiming that because it was hilly, it was closer to heaven. The trick, though, led to the growth of a vibrant community. Now the community faces a new threat; wealthy whites have taken a liking to the land, and would like to destroy much of the town in order to build a golf course. Shadrack, a resident of the Bottom, fought in WWI. He returns a shattered man, unable to accept the complexities of the world; he lives on the outskirts of town, attempting to create order in his life. One of his methods involves compartmentalizing his fear of death in a ritual he invents and names National Suicide Day. The town is at first wary of him and his ritual, then, over time, unthinkingly accepts him. Meanwhile, the families of the children Nel and Sula are contrasted. Nel is the product of a family that believes deeply in social conventions; hers is a stable home, though some might characterize it as rigid. Nel is uncertain of the conventional life her mother, Helene, wants for her; these doubts are hammered home when she meets Rochelle, her grandmother and a former prostitute, the only unconventional woman in her family line. Sula's family is very different: she lives with her grandmother, Eva, and her mother, Hannah, both of whom are seen by the town as eccentric and loose. Their house also serves as a home for three informally adopted boys and a steady stream of borders. Despite their differences, Sula and Nel become fiercely attached to each other during adolescence. However, a traumatic accident changes everything. One day, Sula playfully swings a neighborhood boy, Chicken Little, around by his hands. When she loses her grip, the boy falls into a nearby river and drowns. They never tell anyone about the accident even though they did not intend to harm the boy. The two girls begin to grow apart. One day, in an accident, Sula's mother's dress catches fire and she dies of the burns. After high school, Nel chooses to marry and settles into the conventional role of wife and mother. Sula follows a wildly divergent path and lives a life of fierce independence and total disregard for social conventions. Shortly after Nel's wedding, Sula leaves the Bottom for a period of 10 years. She has many affairs, some with white men. However, she finds people following the same boring routines elsewhere, so she returns to the Bottom and to Nel. Upon her return, the town regards Sula as the very personification of evil for her blatant disregard of social conventions. Their hatred in part rests upon Sula's interracial relationships, but is crystallized when Sula has an affair with Nel's husband, Jude, who subsequently abandons Nel. Ironically, the community's labeling of Sula as evil actually improves their own lives. Her presence in the community gives them the impetus to live harmoniously with one another. Nel breaks off her friendship with Sula. Just before Sula dies in 1940, they achieve a half-hearted reconciliation. With Sula's death, the harmony that had reigned in the town quickly dissolves. In 1965, with the Bottom facing the prospect of the white golf course, Nel visits Eva in the nursing home. Eva accuses her of sharing the guilt for Chicken Little's death. Her accusation forces Nel to confront the unfairness of her judgment against Sula. Nel admits to herself that she had blamed his death entirely on Sula and set herself up as the "good" half of the relationship. Nel comes to realize that in the aftermath of Chicken Little's death she had too quickly clung to social convention in an effort to define herself as "good." Nel goes to the cemetery and mourns at Sula's grave, calling out Sula's name in sadness. Sula is a novel about ambiguity. It questions and examines the terms "good" and "evil," often demonstrating that the two often resemble one another. The novel addresses the confusing mysteries of human emotions and relationships, ultimately concluding that social conventions are inadequate as a foundation for living one's life. The novel tempts the reader to apply the diametrically opposed terms of "good and evil," "right and wrong" to the characters and their actions, and yet simultaneously shows why it is necessary to resist such temptation. While exploring the ways in which people try to make meaning of lives filled with conflicts over race, gender, and simple idiosyncratic points of views, Sula resists easy answers, demonstrating the ambiguity, beauty, and terror of life, in both its triumphs and horrors. 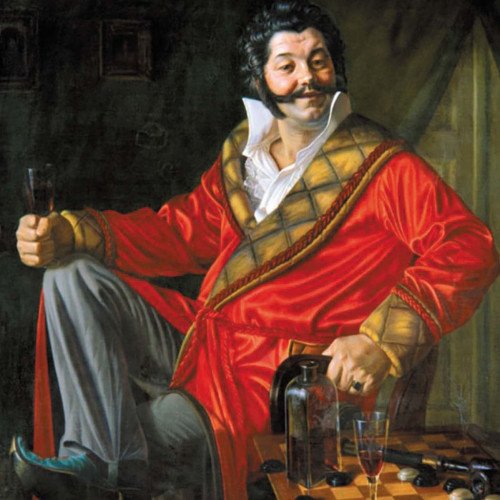 Russian writer Ivan Goncharov’s novel Oblomov (1859) centers on Ilya Ilyich Oblomov, a young and generous nobleman filled with indecision, leaving him unable to take any significant actions. For large portions of the novel, he doesn’t even leave his room or bed. He is portrayed as the ultimate version of the “superfluous man”—a capable and talented figure who is rejected for not fitting social norms. This archetype is common in nineteenth-century Russian literature. Oblomov, a satire on Russian nobility at a time when such portrayals were becoming more acceptable, explores themes of the transition from childhood to adulthood, as well as the ongoing social changes in Russia as the country became more and more dissatisfied with its monarchy. Popular when it was released, it was the subject of much literary discussion, including among those who worried that its lead character would encourage sloth among the young. It was adapted into a 1980 Soviet film, which received significant critical acclaim, and was later adapted into a BBC television adaptation and a radio dramatization. In 1964, it was adapted for the stage as Son of Oblomov, a comedy adaptation. Oblomov focuses on the daily life of the main character, Ilya Ilyich Oblomov. Oblomov is the son of a member of Russia’s landed gentry, providing him a life of relative leisure in the upper-middle class. Oblomov takes a casual, slothful attitude towards life, and commits to it to such an extent that he conducts most of his daily business from his bed. He is still in bed after waking up one morning, when he receives a letter from the manager of his country estate Oblomovka. The letter explains that the financial situation is terrible there, and they require a visit from him to make financial decisions about how to proceed. However, Oblomov rarely has the fortitude to leave his bedroom; a thousand-mile journey into the countryside seems impossible. He sleeps, dreaming of his youthful upbringing at Oblomovka. There, he was never expected to work or perform chores around the house, and his education was frequently interrupted as his parents pulled him out of school for family vacations. His half-German friend, Andrey Stolz, lived a very different life, brought up by hard-working parents who raised him with structure and discipline. A hard-working young man, Stoltz visits at the end of part one, rousing Oblomov from his dream. As the story develops, Stoltz tries to get Oblomov out of his stupor. He brings people to the house, including a young woman named Olga. Oblomov quickly falls in love with Olga and they become engaged, but their relationship eventually falls apart when his apathy and fear of making decisions become too great for her to handle. She calls off their engagement after he delays their wedding too many times and makes no serious move towards putting his affairs in order. Oblomov’s shady friends, Taranteyev and Ivan Matveyevich, swindle him repeatedly; Stoltz looks out for him, getting the money back when they con the naive young nobleman. Eventually, however, the two criminals wise up and begin blackmailing Oblomov. He’s forced to give them all his income from the country estate for more than a year before Stoltz discovers the plot and retaliates by getting Ivan fired from his job. Olga, meanwhile, has left Russia and moved to Paris. Stoltz is traveling when he bumps into her again; they form a close connection. They fall in love and marry. Oblomov continues to sleepwalk through life, but eventually, things reach such a point that he’s forced to take inventory and action. When Taranteyev continues to manipulate him and treat him cruelly, Oblomov confronts him, beating him and kicking him out of his manor. Stoltz returns to Russia after his travels and visits his friend. He learns that Oblomov has married his widowed landlady Agafia and had a son with her. The son is named Andrey, after Stoltz. Stoltz had hoped Oblomov would make more of himself but is finally resigned to the fact that he can’t change his friend. Oblomov spends the rest of his life being cared for by Agafia, having recreated his childhood paradise of Oblomovka. He is delivered delicious meals and never has a reason to worry. When Oblomov is old and sick, nearing his death, he mentions “Oblomovitis” as the cause of his death, implying that he knows he has written his own fate. He dies in his sleep, peacefully, and Stoltz adopts his son after his death.