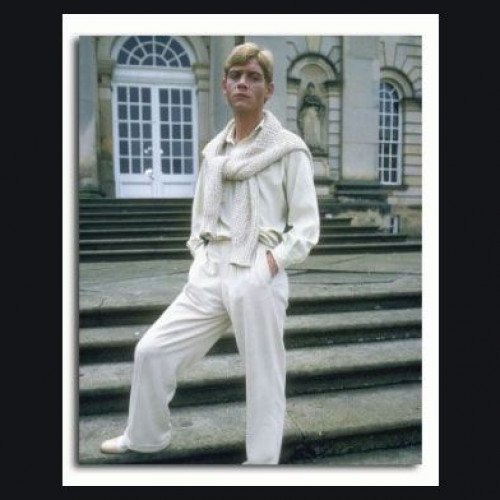 Sebastian, Charles’s first love, is a tragic figure who spends most of his life trying to escape adulthood and responsibility. As a youth, Sebastian possesses an exuberance and innate understanding of beauty that charms everyone around him. However, he also displays a whimsical childishness, carrying around his teddy bear, Aloysius. He uses Aloysius to avoid subjects that distress him or to diffuse tension, escaping back into childhood. He associates youth with joy and age with sorrow, foreshadowing his grim future. He encapsulates his desire to forever avoid consequences when he tells Charles he prays for God to make him good “but not yet.” Sebastian recognizes he must someday take responsibility for his actions but wants to procrastinate indefinitely. Eventually, he turns to alcohol for escape. Instead of being charmingly eccentric, his childishness becomes a dangerous disregard for the consequences of his actions. Sebastian drives drunk, steals from friends, and manipulates Charles into giving him money. His alcoholism leads him to live in self-imposed exile from his family and causes his health to deteriorate. Nevertheless, Sebastian finds his way back to his family’s Catholicism and becomes an underporter at a Tunisian monastery, symbolizing the unconditionality of God’s love. Sebastian’s desire to care for and guide someone informs his character arc. His first charge is Aloysius, whom Sebastian fusses over. In his early relationship with Charles, Sebastian acts as the leader in their escapades, teaching Charles about beauty beyond Oxford society. However, Sebastian rejects Charles once the power in their relationship shifts. As Charles matures, finding a career path through art, Sebastian flounders, turning to drink. Even though Charles tries to appease Sebastian by giving him money for alcohol and siding with him against Lady Marchmain, Sebastian recognizes that Charles now cares for him, not the other way around. In the depths of his alcoholism, Sebastian finds comfort in the fact that Kurt, pathetic and without resources, will always require someone to guide him through life. After Kurt’s death, Sebastian realizes that he can turn his desire to nurture toward spiritual purposes and tries to become a missionary. Although too ill to accomplish this goal, he still gets to offer care to the monastery buildings, helping the monks there carry out their spiritual work. 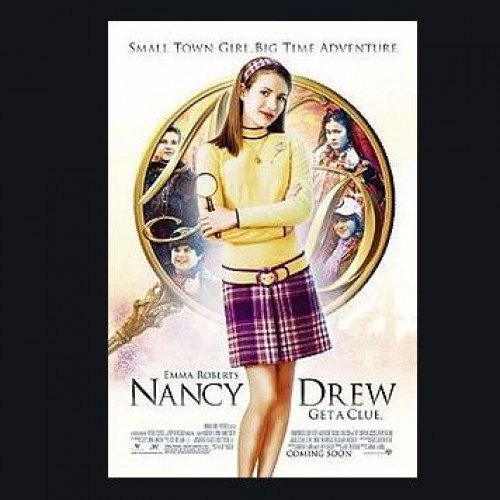 NANCY DREW, THE SECRET OF THE OLD CLOCK, CAROLYN KEENE

Originally published in 1930, The Secret of the Old Clock is the first of nearly two hundred titles about Nancy Drew, the teenage girl sleuth. Created to be a female counterpart to the Hardy Boys, the Nancy Drew series has been penned by a number of ghostwriters throughout the years, all writing under the pseudonym Carolyn Keene. The books were immediately successful, and Nancy proved to be such a popular character that new stories about her are still being written and published today. This includes not just mystery books, but also graphic novels, cookbooks, film adaptations, and video games. There are two versions of The Secret of the Old Clock. In the original 1930 story, sixteen-year-old Nancy Drew has recently graduated from high school. The intelligent, independent daughter of Carson Drew, a wealthy lawyer, Nancy knows the class and dignity that is expected of those with money. However, Josiah Crowley, an acquaintance of the Drew family, has recently died, and his will cannot be found. In the absence of a will, Josiah's money has gone to the Topham sisters, who exhibit all the snobbish, ill-behaved manners of the nouveau-riche. Meanwhile, the Turner family, Josiah’s true heirs, is reduced to poverty without their inheritance. Nancy cannot abide this injustice, and so she vows to help the Turners find the will. When Nancy encounters the Topham sisters at a department store, the interaction turns ugly, and the Tophams accidentally break an expensive vase. Pleased to see their name marred by this, Nancy interviews Josiah's family, friends, and household staff to see what she can learn about his will. One old lady reveals that there is a clue to the will's whereabouts in the family's old clock, but as the Tophams now live in the Crowley house, it will be difficult to go in to find it. When Helen Corning, a friend of Nancy's, asks her to help sell raffle tickets for a charity, Nancy takes them to the Tophams. Under the pretense of making amends, Nancy asks them to support the charity. They invite her inside, and she starts a conversation about the old clock. The sisters tell her that it was recently stolen. Helen is attending a summer camp near the Tophams' summer home, so Nancy joins her in order to investigate the property. While searching, she is captured by the burglars. As they get drunk on illegal booze (this is during the Prohibition era), Nancy finds the clock and escapes. With the will now secure, Josiah's money is given to the Turners, and Nancy is delighted to see the Tophams reduced to their proper place in society. The Secret of the Old Clock was rewritten in 1959 as a rebranding of the Nancy Drew character. Nancy, aged up to eighteen-years-old, is given a more gracious, less aggressive attitude towards others. Racial stereotypes were removed, as was the alcohol. The details of the story were also modernized for the times; for example, Nancy now drives a convertible car, and she gives voice lessons rather than dressmaking lessons. At the end of the story, emphasis is placed on the joy of the Turners in receiving the inheritance rather than Nancy's satisfaction at seeing it taken away from the Tophams.