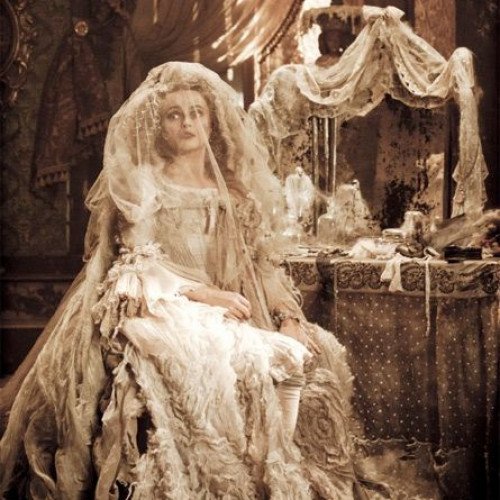 The mad, vengeful Miss Havisham, a wealthy dowager who lives in a rotting mansion and wears an old wedding dress every day of her life, is not exactly a believable character, but she is certainly one of the most memorable creations in the book. Miss Havisham’s life is defined by a single tragic event: her jilting by Compeyson on what was to have been their wedding day. From that moment forth, Miss Havisham is determined never to move beyond her heartbreak. She stops all the clocks in Satis House at twenty minutes to nine, the moment when she first learned that Compeyson was gone, and she wears only one shoe, because when she learned of his betrayal, she had not yet put on the other shoe. With a kind of manic, obsessive cruelty, Miss Havisham adopts Estella and raises her as a weapon to achieve her own revenge on men. Miss Havisham is an example of single-minded vengeance pursued destructively: both Miss Havisham and the people in her life suffer greatly because of her quest for revenge. Miss Havisham is completely unable to see that her actions are hurtful to Pip and Estella. She is redeemed at the end of the novel when she realizes that she has caused Pip’s heart to be broken in the same manner as her own; rather than achieving any kind of personal revenge, she has only caused more pain. Miss Havisham immediately begs Pip for forgiveness, reinforcing the novel’s theme that bad behavior can be redeemed by contrition and sympathy. 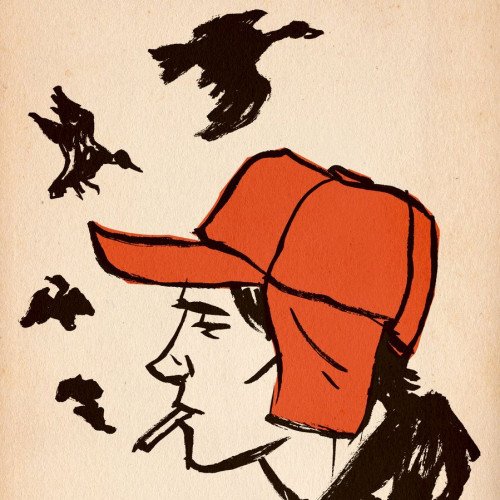 HOLDEN CAULFIELD, THE CATCHER IN THE RYE, J.D. SALINGER

The protagonist and narrator of the novel, Holden is a sixteen-year-old junior who has just been expelled for academic failure from a school called Pencey Prep. Although he is intelligent and sensitive, Holden narrates in a cynical and jaded voice. He finds the hypocrisy and ugliness of the world around him almost unbearable, and through his cynicism he tries to protect himself from the pain and disappointment of the adult world. However, the criticisms that Holden aims at people around him are also aimed at himself. He is uncomfortable with his own weaknesses, and at times displays as much phoniness, meanness, and superficiality as anyone else in the book. As the novel opens, Holden stands poised on the cliff separating childhood from adulthood. His inability to successfully negotiate the chasm leaves him on the verge of emotional collapse. Holden’s next-door neighbor in his dorm at Pencey Prep. Ackley is a pimply, insecure boy with terrible dental hygiene. He often barges into Holden’s room and acts completely oblivious to Holden’s hints that he should leave. Holden believes that Ackley makes up elaborate lies about his sexual experience. Holden’s roommate at Pencey Prep. Stradlater is handsome, self-satisfied, and popular, but Holden calls him a “secret slob,” because he appears well groomed, but his toiletries, such as his razor, are disgustingly unclean. Stradlater is sexually active and quite experienced for a prep school student, which is why Holden also calls him a “sexy bastard.”