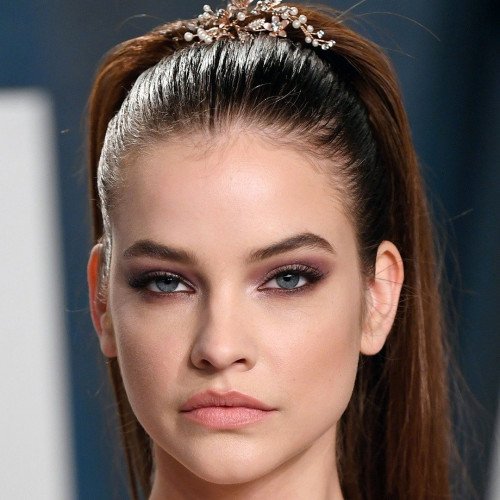 Barbara Palvin (pronounced born 8 October 1993) is a Hungarian model. She first appeared in the Sports Illustrated Swimsuit Issue in 2016. In 2019, she became a Victoria's Secret Angel. Palvin was born and raised in Budapest, and often traveled to the countryside to visit her grandmother and great-grandmother. When she was 13, she was discovered on the streets of Budapest by a modeling scout while walking with her mom. She shot her first editorial in 2006 for Spur Magazine, and subsequently moved to Asia where she maintained a steady stream of bookings. Since then, Palvin has been on the cover of L'Officiel (Paris, Russia, Turkey, Thailand, Singapore), Vogue (Portugal), Marie Claire (Italy, Hungary), Glamour Hungary, Elle (Britain, Italy, Korea, Brazil, Argentina, Sweden, Serbia, Hungary), Allure, Harper's Bazaar and Jealouse Magazine. Palvin has appeared in campaigns for Armani Exchange, H&M, Victoria's Secret, and Pull & Bear. In February 2012, she became an ambassador for L'Oréal Paris. In 2016, Palvin was revealed to be a part of the Sports Illustrated Swimsuit Rookie Class. She also became the new face of Armani's signature scent "Acqua di Gioia." Palvin is the face of Amazon Fashion and appeared on Express and Chaos advertising campaigns. Her runway debut was for Prada during Milan Fashion Week in February 2010. Palvin has also walked for Louis Vuitton, Miu Miu, Nina Ricci, Emanuel Ungaro, Christopher Kane, Julien MacDonald, Jeremy Scott, Giles Deacon, Vivienne Westwood, Etro, and opened the pre-Fall 2011 Chanel show. In 2012, she walked in the Victoria's Secret Fashion Show and wore Rosa Clara on the Barcelona Bridal Week 2012 runway. In 2016, she was ranked 4th in Maxim Hot 100. Tumblr's 2017 list of most popular models reported Palvin to be the second most popular model on the social media site. Palvin returned to the Victoria's Secret Fashion Show in 2018. The next year, she became the first Hungarian Victoria's Secret Angel. Palvin's curves and non-standard runway measurements have been considered by the media to be the brand's direction toward "body positivity". Palvin is often compared to Russian model Natalia Vodianova; British Vogue editor Miranda Almond said, "We chose Barbara because she is absolutely exquisite looking, a cross between a young Brooke Shields and Natalia Vodianova". Palvin credits Vodianova and Kate Moss as her favorite models. 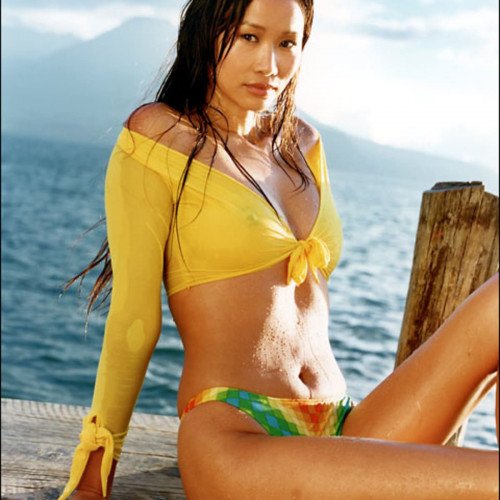 Audrey Quock is an American model and actress. Quock was born in New York, New York, in Manhattan and is of Chinese descent. She is perhaps most famous for being a swimsuit model for Sports Illustrated. She has also modeled for Elle magazine and Cosmopolitan, and had roles in the movies Rush Hour 2, Autumn in New York, and After the Sunset. Quock served as a judge for the 2003 Miss Universe pageant. She briefly ran a clothing line called "Sexy Little Things" beginning in 2004; however, the line was discontinued in 2006 when a court ruled that the mark "Sexy Little Things" was already in use by Victoria's Secret. Quock had been a freelance model for Victoria's Secret. Quock has a bachelor's degree in Fashion Design from the Fashion Institute of Technology in New York.