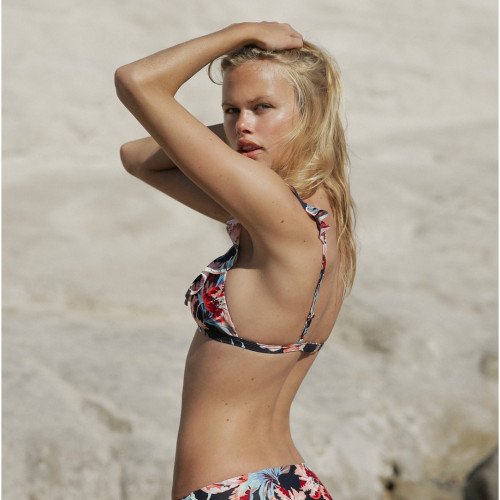 Victoria Syde Praver (born June 4, 1987) is an American model and swimwear fashion designer perhaps best known for her appearances in the 2007–2009 Sports Illustrated Swimsuit Issue, as a Global Brand Ambassador for Billabong in 2009, and for being the youngest face of Guess in 2006, at the age of 17. Born in San Diego, California, and raised on the Hawaiian island of Maui, Praver's childhood was spent surfing, swimming and hanging out at local beaches with her friends. Discovered at age 13 at a Lahaina supermarket, Praver has gone on to work for Guess, Yamamay, Tally Weijl, and Liu-Jo. She has been on multiple covers of Cosmopolitan, Glamour, and Cover magazines. She made Sports Illustrated shoots and was the object/subject of Joanne Gair body painting works in the 2007 and 2008 editions and appeared again the following year in 2009. Her initial career goals were to become a fashion designer and in 2009, Praver started her own line of swimwear, Tori Praver Swimwear. The successful swimwear line is sold through major retailers, boutiques and online. In 2013, she married long-time boyfriend and professional surfer Danny Fuller, they separated in June 2017. The former couple share a daughter, Ryan, born in 2013, and a son, Phoenix, born in 2016, and split their time between Hawaii, Malibu and New York. 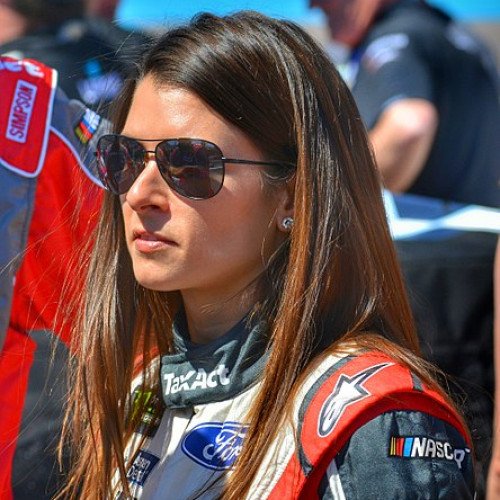 Danica Sue Patrick (/ˈdænɪkə/; born March 25, 1982) is an American former professional racing driver. She is the most successful woman in the history of American open-wheel racing—her victory in the 2008 Indy Japan 300 is the only win by a woman in an IndyCar Series race. Born to a working-class family in Beloit, Wisconsin, Patrick began karting at the age of ten and achieved early success by winning her class in the World Karting Association Grand National Championship three times in the mid-1990s. She dropped out of high school with her parents' permission in 1998, and moved to the United Kingdom to further her career. Patrick competed in Formula Vauxhall and Formula Ford before returning to the United States in 2001 due to a lack of funding. In 2002, she competed in five Barber Dodge Pro Series races for Rahal Letterman Racing. Patrick later raced in the Toyota Atlantic Series for the next two years. Her best effort was third in the championship standings for the 2004 season where she became the first woman to win a pole position in the series. She first drove in the IndyCar Series with Rahal Letterman Racing in 2005 and took three pole positions, equaling Tomas Scheckter's record of poles in a rookie season. She was named the Rookie of the Year for both the 2005 Indianapolis 500 and the 2005 IndyCar Series. She improved over the next two years with Rahal Letterman Racing in 2006 and later Andretti Green Racing in 2007. In 2008, Patrick followed up her Japan victory to place sixth overall in the drivers' standings. She improved on this to secure fifth the following season, which saw her finish a career-high third at the Indianapolis 500, the best performance by any woman at the race. Patrick's overall form declined during 2010, but she still managed two second-places at oval tracks before leaving IndyCar after the 2011 season to focus on stock car racing full-time. Patrick began racing stock cars in 2010 in the NASCAR Nationwide Series (now Xfinity Series) with her best result coming in the form of a fourth-place finish at Las Vegas Motor Speedway in 2011. She placed a career-high tenth in the 2012 season standings and was the second woman to clinch a pole position in the Nationwide Series after Shawna Robinson in 1994. Patrick started in the Sprint Cup Series (now NASCAR Cup Series) in 2012. She became the first woman to win a Cup Series pole position by setting the fastest qualifying lap for the 2013 Daytona 500, finishing eighth. Patrick bested Janet Guthrie's record for the most top-ten finishes by a woman in the Sprint Cup Series in 2015. She stopped racing full-time after the 2017 season, but competed at the 2018 Daytona 500 and the 2018 Indianapolis 500 before officially retiring.