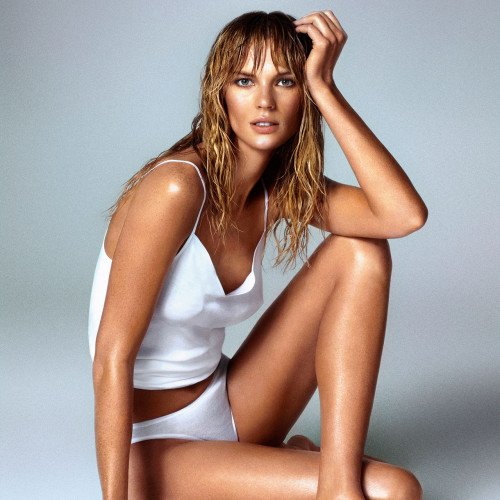 Anna Sergeyevna "Anne" Vyalitsyna (Russian: А́нна Серге́евна Вьяли́цына; born 19 March 1986), also known as Anne V, is a Russian-American model best known for her 10-consecutive-year appearances (2005–2014) in the Sports Illustrated Swimsuit Issue. Vyalitsyna was born in the Russian city of Gorky (now Nizhny Novgorod). Both of her parents are physicians. Her father is a sports doctor for an association football team and her mother is a pediatrician. Vyalitsyna started her professional modeling career at the age of 15 after IMG Models scouted saw her in Saint Petersburg while looking for new faces for MTV's Fashionably Loud Europe. She entered the contest and moved to New York after winning a contest sponsored by IMG and MTV. She became an American citizen on 16 November 2013. Within six months after winning the contest, Vyalitsyna worked for Anna Molinari, Chloé and Sportmax. She has appeared on the covers of Vogue, ELLE, and Glamour. She made her debut in the Sports Illustrated Swimsuit Issue in 2005 and has appeared in it each year until 2014. She was the object/subject of Joanne Gair body painting works in the 2005 edition. Vyalitsyna has walked the runway for fashion houses such as Shiatzy Chen, Chanel, Prada, Louis Vuitton, Dolce and Gabbana, Roberto Cavalli, Miu Miu, Chloé, and Givenchy. She also walked in the 2008, 2010, and 2011 Victoria's Secret Fashion Shows. She was featured in the Dylan George & Co. and Abbot+Main clothing campaign with Kellan Lutz in 2011. 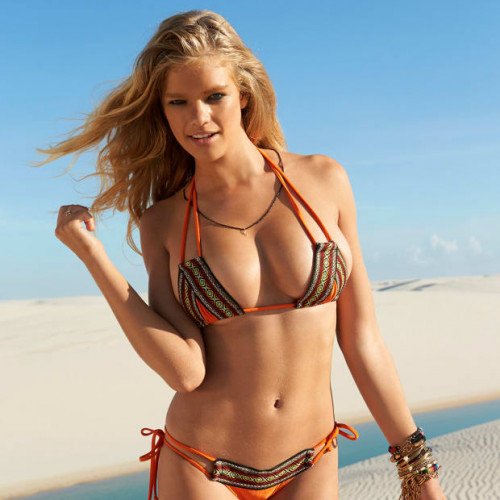 Valerie van der Graaf is the Playboy Playmate of the Month for August 2016 and her pictorial was shot by David Bellemere. She also appeared in the Sports Illustrated Swimsuit Issue of 2014 prior to her pictorial with Playboy.