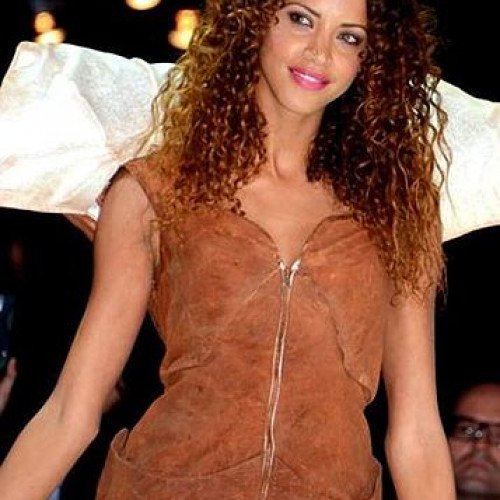 Noémie Lenoir (born 19 September 1979) is a French model and actress. She is known for her work with Gucci, L'Oréal, Next, Gap, Tommy Hilfiger, Victoria's Secret, Balmain Paris Hair Couture, and Marks and Spencer. She has been featured in a line-up of the world's most successful black models by photographer Annie Leibovitz. Lenoir was born in Les Ulis, Essonne, France. Her mother comes from the French island of Réunion in the Indian Ocean, and has Malagasy ancestry. Her father is a European Frenchman retired electrician who later divorced her mother. Her family moved first to Gif-sur-Yvette and then to Palaiseau where she was discovered and started her career in modeling. Growing up in a banlieue district near Paris, which she describes as a "ghetto", Lenoir was first spotted at the age of 17 in 1997 when she was approached by a Ford booker in a post office. She signed with L'Oréal in 1997, and has since appeared in their advertisements alongside Laetitia Casta and long-term model and actress Andie MacDowell. She has also worked for Victoria's Secret, Gap, Next, and many others. 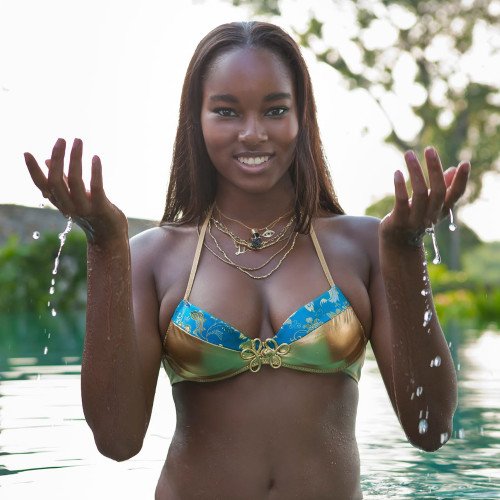 Damaris Lewis (born October 10, 1990) is an American model and actress. She appeared in the 2009, 2010, and 2011 Sports Illustrated Swimsuit Issues. In 2018, she acted in the film BlacKkKlansman. Lewis was born and raised in Brooklyn, New York. Her parents are West Indian from the island of St. Kitts. She studied with a conservatory-style arts concentration in dance at Fiorello H. LaGuardia High School of Music & Art and Performing Arts. Lewis was discovered while performing with her childhood dance company, Restoration Dance Theater at Chelsea Piers. She waited until her second year of high school to sign a contract with Elite Model Management. Lewis has appeared in campaigns for Black/Up, Clarins, MAC Cosmetics, L'Oréal, and Yves Saint Laurent. She has done editorial shoots for Sports Illustrated Swimsuit 2009, 2010, 2011; Essence, French Marie Claire, Self, Cosmopolitan, and GQ.